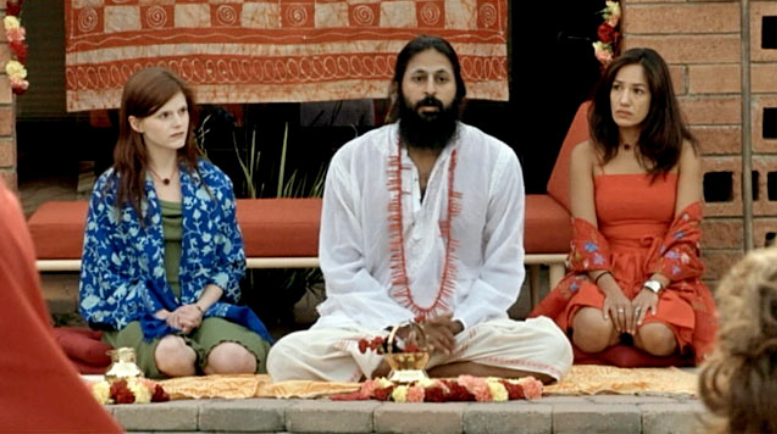 I had not heard of this remarkable documentary film from 2011. Came upon it tonight on the Aussie Channel by chance while searching for something that would hold my attention while riding my exercise bike. Well,  Kumaredid that and much more, all the way to the end. As an added bonus, I rode my exercise bike for 65 minutes!

Vikram Gandhi is a talented young filmmaker with an infectious and wicked  sense of humor, combined with a charming sincerity, and also, I think, a bit of the scoundrel about him.  Touching, funny, annoying. You will have to see the film and decide for yourself whether this New Age version of Professor Harold “Music Man” Hill is indeed a scoundrel or paradoxically a great teacher. After it was all over, the subjects or victims of his documentary bring in a split decision. You can watch the film merely as entertainment, or, if you are brave, use it as a lesson to help you get in touch with the deep yearning for “something” that most of feel who are attracted to the Big Tent of Mind-Body and the “spiritual” path. The experience of Vikram’s subjects is humbling if you allow it to show you, as Mr. Gurdjieff emphasized, your own credulity, superstition and gullibility. Or as Dr. Albert Ellis demurely describes people as “out of their fucking minds!”

I personally urge everyone who is concerned about rational thinking and rational living to watch this video.

Follow me
Latest posts by Rex Alexander (see all)
Please share the love . . .
4
Shares
... other posts by admin