This post is pinned to the top. Scroll down for recent posts

With thanks to my friend, the late Will Ross who produced the excellent website, REBT Network,  http://www.rebtnetwork.org/  .

Very few in the field have Will’s ability to communicate  REBT in a simple, clear way, and especially to break the actual steps of doing REBT down into a manageable process that anyone can begin to use.  I envy Will’s ability to explain the basics so elegantly, so rather than trying to re-invent the wheel, here is in his own words.

Rational Emotive Behavior Therapy (REBT) is a form of psychotherapy and a philosophy of living created by Albert Ellis in the 1950’s.

REBT (pronounced “Are Eee Bee Tee.”  It is not pronounced rebbit) is based on the premise that whenever we become upset, it is not the events taking place in our lives that upset us; it is the beliefs that we hold that cause us to become depressed, anxious, enraged, etc. The idea that our beliefs upset us was first articulated by Epictetus around 2,000 years ago: “Men are disturbed not by events, but by the views which they take of them.”

The Goal of Happiness

Of course life doesn’t always allow us to have what we want; our goal of being happy is often thwarted by the “slings and arrows of outrageous fortune.” When our goals are blocked, we can respond in ways that are healthy and helpful, or we can react in ways that are unhealthy and unhelpful.
The ABC Model

Albert Ellis and REBT posit that our reaction to having our goals blocked (or even the possibility of having them blocked) is determined by our beliefs. To illustrate this, Dr. Ellis developed a simple ABC format to teach people how their beliefs cause their emotional and behavioral responses:

A. Something happens.
B. You have a belief about the situation.
C. You have an emotional reaction to the belief.

A. Your employer falsely accuses you of taking money from her purse and threatens to fire you.
B. You believe,  “She has no right to accuse me. She’s a bitch!€”
C. You feel angry.

If you had held a different belief, your emotional response would have been different:

A. Your employer falsely accuses you of taking money from her purse and threatens to fire you.
B. You believe, €œI must not lose my job. That would be unbearable.€
C. You feel anxious. 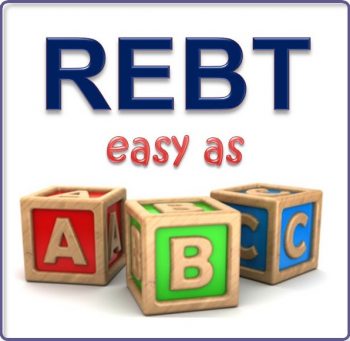 The ABC model shows that A does not cause C. It is B that causes C. In the first example, it is not your employer’s false accusation and threat that make you angry; it is your belief that she has no right to accuse you, and that she is a bitch. In the second example, it is not her accusation and threat that make you anxious; it is the belief that you must not lose your job, and that losing your job would be unbearable.
The Three Basic Musts

Although we all express ourselves differently, according to Albert Ellis and REBT, the beliefs that upset us are all variations of three common irrational beliefs. Each of the three common irrational beliefs contains a demand, either about ourselves, other people, or the world in general. These beliefs are known as “The Three Basic Musts.”
I must do well and win the approval of others for my performances or else I am no good.

Other people must treat me considerately, fairly and kindly, and in exactly the way I want them to treat me. If they don’t, they are no good and they deserve to be condemned and punished.
I must get what I want, when I want it; and I must not get what I don’t want. It’s terrible if I don’t get what I want, and I can’t stand it.

The goal of REBT is to help people change their irrational beliefs into rational beliefs. Changing beliefs is the real work of therapy and is achieved by the therapist disputing the client’s irrational beliefs. For example, the therapist might ask, “Why must you win everyone’s approval?” “Where is it written that other people must treat you fairly?” “Just because you want something, why must you have it?” Disputing is the D of the ABC model. When the client tries to answer the therapist’s questions, s/he sees that there is no reason why s/he absolutely must have approval, fair treatment, or anything else that s/he wants.
Insight

Albert Ellis and REBT contend that although we all think irrationally from time to time, we can work at eliminating the tendency. It’s unlikely that we can ever entirely eliminate the tendency to think irrationally, but we can reduce the frequency, the duration, and the intensity of our irrational beliefs by developing three insights:
We don’t merely get upset but mainly upset ourselves by holding inflexible beliefs.
No matter when and how we start upsetting ourselves, we continue to feel upset because we cling to our irrational beliefs.
The only way to get better is to work hard at changing our beliefs. It takes practice, practice, practice.
Acceptance

Unconditional life-acceptance:
Life doesn’t always work out the way that I’d like it to.
There is no reason why life must go the way I want it to
Life is not necessarily pleasant but it is never awful and it is nearly always bearable.
REBT Today

Clinical experience and a growing supply of experimental evidence show that REBT is effective and efficient at reducing emotional pain. When Albert Ellis created REBT in the 1950’s he met with much resistance from others in the mental health field. Today it is one of the most widely-practiced therapies throughout the world. In the early days of REBT, even Dr. Ellis did not clearly see that consistent use of its philosophical system would have such a profound effect on the field of psychotherapy or on the lives of the millions of people who have benefited from it.
Shameless Happiness

This introduction to REBT is based on Shameless Happiness, a concise booklet that outlines the basics of REBT.

WE WANT TO HEAR FROM YOU  . . .
PLEASE ADD YOU QUESTIONS OR COMMENTS BELOW
BECAUSE WE LOVE 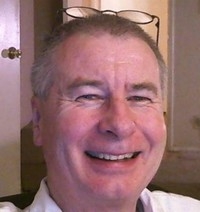 Will Ross
Co-founder at The REBT Network
The late Will Ross, author of "A Guide to Shameless Happiness", "Happy For Life", "How to Reach Your Full Potential","Rational Drinking" (with Michael Edelstein), and "From Stuttering to Fluency" (with Gunars Neiders) was the webmaster and co-founder of REBT Network (http://www.REBTnetwork.org). He blogged about REBT and related subjects and tutored REBT self-helpers. He was one of the clearest and strongest voices in explaining REBT in simple terms.

Lilly Rose Wed 6 Jan 16
|
I think I've always looked at life and the lives of others this way I just never really thought about it in these terms. I was always taught life isn't always fair but if you look at a situation from the other persons perspective and understand why that person may do doing or saying things you aren't as bothered by things and you can focus on your life and how you choose to live it.
0 0
0
Reply

Rex Wed 6 Jan 16
|
Lilly Rose I think I've always looked at life and the lives o
Hiya Lilly Rose, Congratulations on adopting a rational way of looking at the world. "Fair" is a concept human beings invented to make social interactions more harmonious and successful. However, it is just an invention, it's nice when we can get it (and give it), but it is naive to believe that life and events will always treat us fairly, and is unhealthy to believe that they absolutely must do so! "Fair" does not exist in nature. It is not fair that the tornado took out Mike's Burgers but left Fred's Burgers next door in tact. It just happened. Fred is happy, Mike not so much! :o{
0 0
0
Reply

Luna Mon 26 Oct 15
|
This is such a great and helpful explanation. I think that the more we can foster awareness of our own thought processes and subconscious belief systems, the more we'll be able to shed our insecurities and thrive as a people!
0 0
0
Reply