REBT and the Subconscious Mind 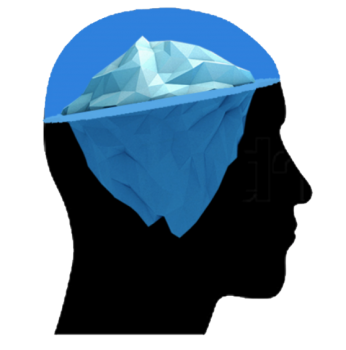 A loyal reader asks what Dr.Ellis had to say about the subconscious mind.

A loyal reader asks what Dr.Ellis had to say about the subconsciou. Dr. Ellis wrote a bizillion books. He had opinions about everything under the sun, and even about things not under the sun!  Of course he often referred to the subconscious. As I am far from being an Ellis scholar, perhaps some of the guys here who are can point to specifics.

However, my take is that Dr. Ellis’s position generally was that the traditional emphasis placed on the subconscious (or unconscious) by Freud and others was
misplaced. He directly challenged the Freudian notion that present difficulties are the result of unresolved conflict from the past, especially from childhood, and that by exploring and reliving memories of past trauma, one arrives at “catharsis” which resolves these conflicts and thereby leads to relief or solution of present day disturbance and difficulties. Sorry for the marathon sentence, but have no had coffee yet. :o{ 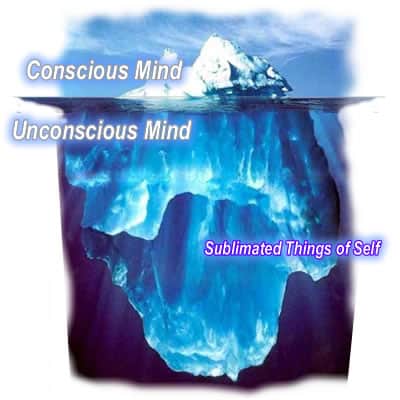 Traditional model of the subconscious mind

Having said that, REBT is all about “tuning into,” identifying, challenging, disputing and replacing the distorted thinking and automatic self-talk which is always streaming along just below the level of conscious awareness. Ellis and other CBT guys reject the theory that the origins of distorted thinking and irrational beliefs lie buried and hidden “deep” in the subconscious, necessitating months and years of free association, dream interpretation and other methods to get in touch. Quite the contrary, the distorted thinking, irrational beliefs and automatic, destructive self-talk are bubbling away all the time just below the level of conscious awareness, and that it is not too difficult or time consuming for mere mortals to get in touch with this stream of chatter and begin to do something about it. Oh my goodness! Not all of it, of course! But we snatch a destructive thinking pattern here and there and work on what we have got, not worrying about what is still to do. In the beginning it is like trying to tune it a faint radio signal on an old-fashioned radio set; it takes some listening and some fiddling, but eventually we get pretty good at it.

The English Language is troublesome for REBT guys and General Semanticists. All these phony-baloney nouns such as “consciousness,” and “the subconscious,” implying that they are things or actual entities in same sense as refrigerators and golf balls and storage tanks. The so called subconscious is not a thing. It is not a noun except in the sense of being a collection of processes going on all the time of which we are consciously unaware.

Is there anything else I can do to not answer your question? ;o}

BTW, the BIG changes at REBTinfo are well underway. Although it is a little under construction, the discussion forum is now launched and you can have a looksee if you like. In fact, we only have a couple of sections/threads up there now, and would appreciate some suggestions as to the structure, such as how to divide it into sections and forums and what the topics would be most interesting and useful.

We will be having a world-wide directory of REBT-CBT therapists and coaches and similar. There is nothing to look at now, but we have purchased the software and will begin building the structure in due course.