Brain scans, controlled studies, evolutionary psychology, and anthropology, demonstrate that men and women are not the same! We are physically & mentally different. We input, process and deliver information differently. We evolved with different priorities, and we are marinated in different combinations of hormones. This leads to a misaligned interpretation of reality…which creates conflict, not only in our love lives, but in our family lives, and the lives of our children. The following is a list of 50 of these differences…perhaps if we’re aware of them, we can interact with more empathy, and better logic.”

About the Youtuber, Lauren Southern

Lauren Southern is a controversial Canadian political activist, internet celebrity, YouTuber, writer and documentary film director. She is often described as “alt-right,” which she denies. However, her work certainly generates a lot of pushback. Read more on Wikipedia

I am not familiar with Ms. Southern’s work beyond this 50 differences video which I stumbled upon on only a few days ago. People have subsequently alerted me to her reputation as a provocateur. Be that as it may, the content of this video seems perfectly sound to me, more like common sense than controversy. So much so that it is amazing such a video needed to be made in the first place. Ms. Southern is hardly the only one taking pains to point out that there are inherent biological differences between men and women (a scientific fact denied by some radical feminists and trans activists). The video is clever, well-produced, and appears well-researched. I think it is important which is why I am including it here even though it may be just a little off-topic.

You be the judge. In any case, it is easy to watch and well-worth your time. Let us know what you think in the comments form at the end. 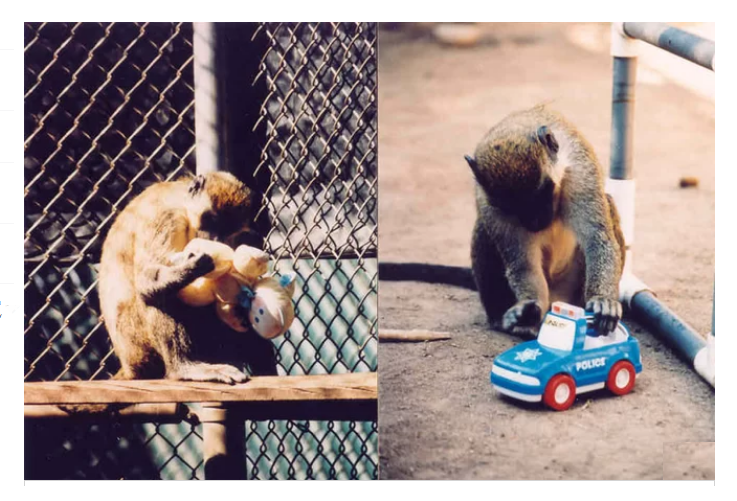 This post swings a little more to the political side of things than I normally prefer to go. And what has this got to do with REBT, anyway? Well, perhaps nothing directly. However, it is Rational Emotive Behavior Training, after all. And rationality in recent years has been the target of increasingly vociferous attacks by an ideological movement which regards rationality as a product of the Enlightenment, and as such, merely a self-serving tool of an oppressive white, male hierarchy, which is in turn responsible for nearly all of the pain and suffering in the world. One of the most pointed and heated examples of this is the bizarre assertion that gender and even biological sex differences are merely social constructs. While this notion on its surface seems patently naive, the implications are more ominous.  Moreover it  attempts to use transgender issues and transgender people as pawns to advance a larger intersectional  socio-political agenda. Not that we would marginalize the concerns of trans people, however it is worth pointing out that only about 0.005% to 0.014% of people would be diagnosed with gender dysphoria based on 2013 diagnostic criteria, about 1.4 persons out of every 10,000 (Wikipedia). While these numbers may be challenged, there is no question trans people are few in number and represent a tiny percentage of the population. Moreover, it is highly unlikely that large numbers of trans people support the ideas and tactics of the most radical elements of the trans community and do not appreciate being used as poster children to advance ideas they do not support.

I, Rex, believe that men and women are biologically different and that this difference expresses in various ways. Aside from being an undeniable fact of biology, it seems intuitively correct, obvious; a tautology.  I believe that “gender,” to the extent that it is even a valid, stand-alone concept, usually (although now always) expresses along the newly fashionable word  “cisgender” lines

Having said that, I also regard men and women as “androgynous” to varying degrees in the sense that in we all possess characteristics traditionally associated with both masculine and feminine. Certainly, there are women who tend to be more masculine and men who tend to be more feminine. Men and women express these characteristics in a unique constellation along a spectrum somewhere between, say, John Wayne and Marilyn Monroe to use a stereotype of polarities. The nature of our constellation is almost certainly due to some combination of forces both inherent and developmental.  Any point on the spectrum is “OK” and none of the points are inherently more or less valuable than another. Unfortunately, however, masculine women and feminine men may face social discrimination, and this, of course, needs to be opposed, and the rights of men and women to express sexuality, gender and sexual preference needs to be protected and defended.  People struggling to make sense of and work through trans and gender dysphoria issues should, of course, be treated with compassion, dignity and respect, and should have access to the best resources and treatment options to help them along their journey.

Let’s face it, women wearing pants has been considered ordinary, not something even worth commenting on since the 1950s and probably earlier than that for teenage girls in “dungarees.”  However, it is still not socially acceptable in most places and most situations for men to wear skirts. Every individual who chooses to flaunt social convention will be challenged to do his or her own cost-benefit analysis to determine the right balance of independence vs. conformity.

Watch the video. It is excellent and let us know what you think. 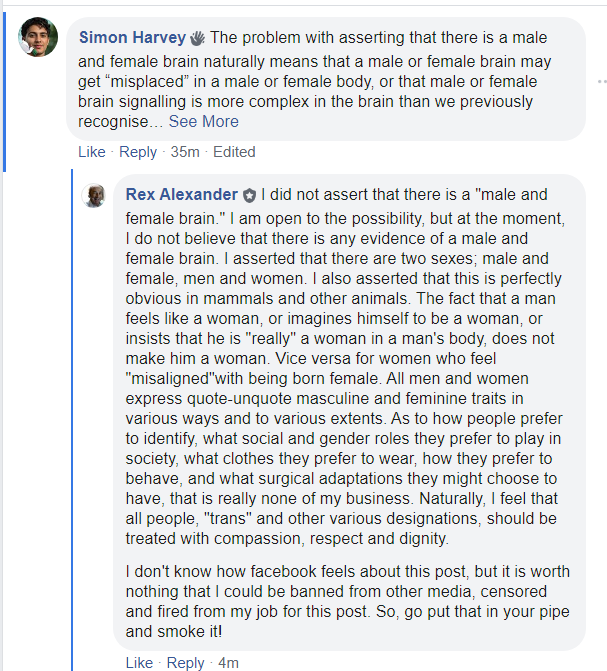