The world sucks, and I can’t stand it!

1. CAN’T HELP THINKING! I doubt that this is true. You choose to think the thoughts you think and form the conclusions that you conclude, at least on some level. However, you can be sure that if the thoughts you are thinking are irrational, and if they disturb you, they will continue to do so for as long as you continue to generate them and believe them. If you are talking about intrusive, unwanted thoughts that is a separate issue; just because intrusive thoughts may be about terrorism, for example, that does not make them any different from therapeutic standpoint than intrusive thoughts about, say, about having to wash your hands dozens of times a day to avoid contamination by germs. If you are in Benghazi, for example, terrorism might be a realistic fear. From where you are reading this, it probably is not, thankfully. 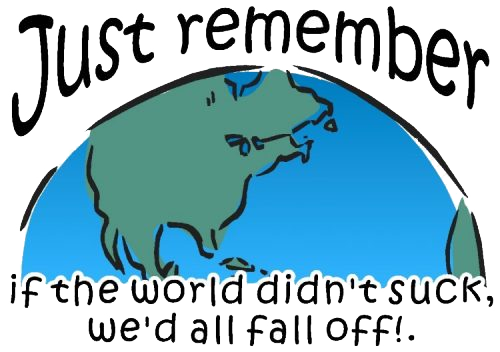 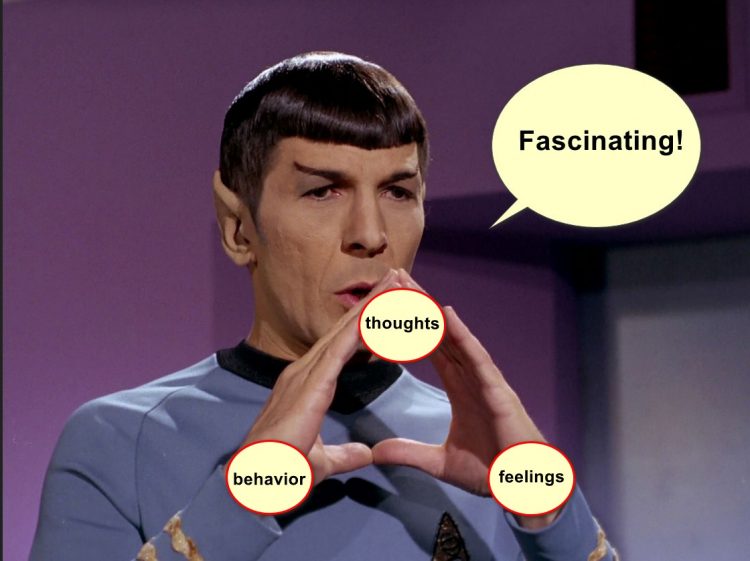 2. WE AIN’T NO MR. SPOCK! This ain’t Star Trek, and we ain’t no Mr. Spock! 😉 One of the common incorrect assumptions and straw man arguments people make about REBT is that the goal is to become like Star Trek’s Mr. Spock; no emotional affect, operating entirely form cool, detached logic. The actor Leonard Nimoy had a sort of genius for making the Spock character lovable and human in spite of his lack of humanity.  Still, Mr. Spock is a fictitious character, and people with no emotional affect are seriously disturbed, possibly a danger to themselves or others. From the REBT standpoint or any other standpoint, it is not a  good goal to try and be like Mr. Spock.  Just the opposite in fact.  We want people to learn to live full, rich, textured intellectual and emotional lives, but in the process learn to not upset themselves, especially not to upset themselves over the “small stuff,”  over the inevitable trials and tribulations of daily life.

Sure, many who are attracted to REBT may have rich intellectual lives. After all, REBT is philosophically stimulating and interesting as well as being therapeutically practical. Many may not be as emotionally flamboyant as some others, but that does not mean that they do not live rich emotional lives as well. Look at Dr. Ellis who could hardly be said to have a flat emotional affect! One of the over-arching objectives of REBT is to clear the decks of your nutty thinking and disturbed emoting so that you can behave in ways which are more rewarding, which bring more joy and pleasure into your life. REBT is not too specific about that, wisely realizing that what brings joy is a high personal, subjective, individual matter. But, make no mistake, the objective of REBT is to enjoy a rich emotional life, not the opposite as some believe.

The point being that it is just as irrational to become Mr. Spock, as it is to become a “Moonie;” perpetually cheerful with an idiot grin plastered on our face. Neither is the objective to go off and live in a cave–literally or figuratively–impervious to what goes on around us. There is a lot of BAD shit happening in the world, our species faces many perils, and truly may not make it in the long term. However, anthropologically, that is a pretty common scenario; species overpopulate until they foul their habitat, deplete resources, and then become extinct.  We need to be brave about that and at the same time celebrate the fact that there is plenty to be optimistic about as well, but it may be difficult to get in touch with and appreciate that if you cannot find some way to accept and make peace with the fact that we may not make it as a species. Then again, all of us come to a “bad end” sooner or later, as Stephen Kings says. If you can wrap your head around that, the passing of nations or societies or even of entire species is not that t big a leap, although not exactly something to feel all warm and fuzzy about. Anyone born in 1918 has seen the map of the world completely change twice following WWI and again following WWII. The geo-political-economic balance of power and of trade has utterly shifted. We have seen the (relatively) peaceful demise of two of the largest, most powerful empires the world has ever known; the United Kingdom and the Soviet Union, the rise of China, and an American Empire struggling with her role in a brave, new world! Even Mr. Spock would be concerned about that!

Faced with the simultaneous possibility of extinction as well as great promise, balance is the path to sanity.  Preferring reality to fantasy–even when reality sometimes sucks–is the path to emotional maturity. Leaning to distinguish between what we can and cannot change is the path to wisdom.

3. APPROPRIATE EMOTING : Some anxiety is normal and helpful. It would be very difficult to avoid danger by working everything out intellectually, logically. Anxiety is a much quicker, potentially more efficient way to get your attention and prompt you to take corrective action. Pay that phone bill before they cut you off! REBT refers to this “helpful anxiety” as “concern.” And another of the over-arching goals of REBT is to learn to distinguish healthy from unhealthy inflamed, over-emoting or under-emoting, and to transform it to something more appropriate; in this case from “neurotic” anxiety into healthy, appropriate concern. 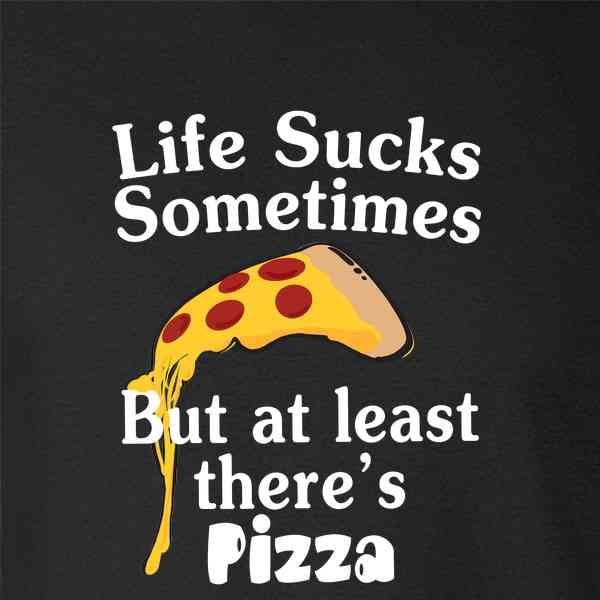 4. LIMIT Your EXPOSURE to CABLE NEWS and OTHER MEDIA particularly media that is DESIGNED and INTENDED to inflame you. These people care not one iota that such inflammation is bad for your psychological, emotional and ultimately physical health. Inflammation increases the channel’s ratings, keeps you coming back for more, and potentially buying all of the unhealthy crap that advertisers are peddling this week. Seriously, ration and limit your exposure to that stuff. It is not good for you. Ideally, stay informed via print media, and through bland media such as NPR and other public broadcasting. Only consume as much news as you need in order to feel informed and not isolated. And that’s not much. You certainly do not need Fox News inflaming you and sabotaging your serenity 24/7

If you feel guilty about this, like you are a “bad citizen” or something for not over-exposing yourself to media, then threat that guilt as an “Activating Event” and examine your beliefs and the (emotional) consequences of that, and how you may behave in self-defeating ways as a result. See if you think it is worth it.

5. (With apologies to Cole Porter) WE’RE MEN and MAMMALS–LET’S MISBEHAVE!!! Study some anthropology, dude! Perspective is extremely important and can make an enormous difference to how you feel and how you react to life. It comes more naturally as you get a little older, and may be something you have to work harder to obtain if you are a youngster. It is almost cliche these days to talk about our primitive, fight-or-flight, fear-aggression nervous systems misfiring, running amuck in modern society. However, most of our “bad behavior” individually and in groups has an anthropological survival basis and not only has helped our species to survive, but to produce all of the great intellectual, social, artistic, medical, and technological advances, up to and including our “leap into space” which is probably, hopefully the next stage of human evolution. And, alas, all of the bad shit too. But it is our (primitive) nervous system, and we are pretty much stuck with it until we engineer our way out of it.

None of it is your fault, but you always have the choice to work with your primitive nervous system so that it is not constantly misfiring, scaring the shit out of you, and making your life miserable.

Another of the overarching goals of REBT is acquiring ULA, Unconditional Life Acceptance, which goes along with Unconditional Self-Acceptance and Unconditional Other Acceptance which means beginning with reality rather than how you think situations and people should be, and most definitely does NOT suggest a bitter or depressed resignation acknowledges reality, but never quite stops judging, accusing and complaining about it. However, as individuals, there is a lot we can do to “tame” our primitive nervous system.

6. REBT is REBT : I have not listened to the recordings that Steve talks about, but they sound like just what the doctor ordered for you. I have a feeling that I would find these recordings remarkably contemporary and Dr. Ellis prescient, as usual. In any event, however, REBT is REBT. The process of dealing with your nutty ideas about, for lack of a better term, the state of the world, is not at all different from dealing with your nutty ideas about how your boss or your spouse or your neighbor is behaving; how terrible it is that s/he does so, how he mustn’t do as he does, what a shit he is for doing so, and you don’t deserve it.

7. JUST DO IT! It is only natural to want to sort things out intellectually, and to make sure you have a firm theoretical foundation when you take on a therapeutic, self-regulation practice. However, I think sometimes people insist on engaging in endless debate over basic principles, but never get around to actually DOING the REBT! Don’t fall into that trap. REBT is indeed interesting to talk about and debate about. Nothing wrong with that. Look at my big mouth! However, it is all just “masturbation” until you get hold of a copy of “New Guide…” or “How to Stubbornly Refuse…” or one of the other good primers and DO THE WORK. Then, the debates become much more “juicy” and meaningful while you are actually doing the REBT rather than just trying to figure it out. It can be challenging, but it ain’t no rocket science either. You can learn the basics and begin applying this stuff almost immediately. And there are some fine minds and excellent REBTers on this forum, and elsewhere who can help.