Tony Burton is a friend and colleague and a regular contributor on facebook. Here he shares some of his insight and enthusiasm  about ACT and third wave behavior therapies. Thanks Tony!  ~Rex

I was listening to a very recent podcast with Steve Hayes [founder of ACT Acceptance and Commitment Therapy] where he mentioned three interesting points.

1) Yes, there still is a role for cognitive restructuring

2) Does not care about all these distinctions and labels within the CBT traditions – he wants to get the core main psychological processes that are the most helpful – and in some of the 6 ACT processes, I can see REBT’s influence. In fact, Russ Harris (just the only time I ever met him), thought REBT was closer to some of these processes in ACT..than other 2nd wave models

3) The term psychological “needs” Hayes was somewhat uncomfortable about, as there was this “demandingness” about it. Preferred the use of the word yearnings..(which could be viewed as a strong preference). He seemed to be more flexible about ACT than Russ Harris does – where any mention of what is called the “control agenda” was very firmly swept away. But in his 2nd edition, there is a recognition that 2nd wave models can be useful at times. I can only agree that from personal experience – there are 2 issues or “A”‘s that have penetrated and can hurt, that can last & last & last. No amount of disputation helpful, – & this is where I found some of the processes of ACT were. But, also – the old adage of “time heals” – has some truth. So one of those – now 6 years old no longer has much impact at all. The other, more recent, which is deeply emotionally significant does. Unless there is a change in the “A” – which I have no control over, but have tried to influence. ACT processes and some REBT techniques are helpful in living, and do not take away “enjoyment”, but only time will reduce the fuller impact. This use of the first “CBT” model, and the most radical 3rd wave – using elements of one, or both, have been useful. Of course, children do have psychological needs – which can play a major role for later psychological health and well-being. But the use of psychological needs in adults…yearnings I now prefer, and if these are met…this can really facilitate a sense of thriving rather than just living. But it is all more complex than this – but that’s enough for now!! 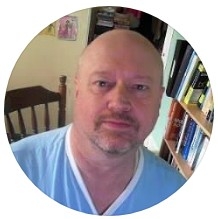 Thanks Tony.  Great to hear from you. I just wanted to comment on your statement that Steven Hayes said he “Preferred the use of the word yearnings..” [to “needs”]The only problem that REBT has with any of these terms is the demands that may (or may not) be driving them. So that “yearnings” are fine. The problem, from the REBT perspective is when demands come in to play such as “Since I yearn for this thing, I absolutely must have it, and if I don’t get it,  it’s horrible and terrible and I can’t stand it!” ect. It’s the demands behind the words, not the words themselves that are problematic. The image of a child throwing a tantrum when he is denied some sweet treat at the super market conveys the idea of what we mean by “demands” probably better than words do.  Adult tantrums may (or may not) become more internal, possibly more controlled and verbose, but that does not make the demands less tepid emotionally than the child in a tantrum.  Cheers,~Rex