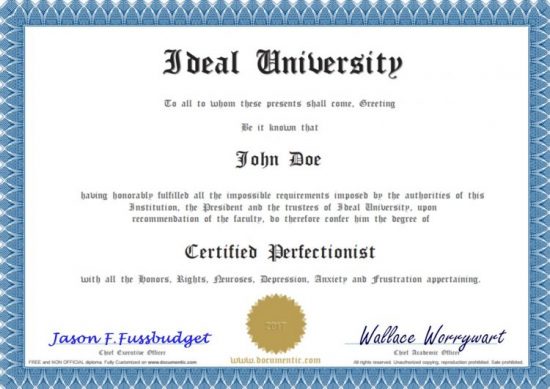 Even the Christians say "Love the sinner and hate the sin" which I take to mean that behavior does not effect intrinsic worth, and reminds us to judge behavior not self. However, I am more radical than some, and don't even get involved with the swampy semantics of worth, value and, gawd forbid, self-esteem, preferring instead to work with Unconditional Self-acceptance (USA). This is fundamental to REBT-CBT, but smooches nicely with Christian, "hippie," "New Agey" and the great Asian religious traditions. In fact, it is more than nicely because with the Christian, hippie, New Agey, Buddhist angles, I have to more or less take them on faith, because they "seem" right or because they feel right. Nothing wrong with that, I guess.. But with REBT and General Semantics I understand in a very substantial way that separating out behavior from self is valid because I understand that language such as a good or bad person, and the myriad variations on that theme are empty semantics, are simply nonsense concepts which human beans have historically bought into.

The way to really wrap your head around this is to look at someone most people consider evil. Hitler is a good example, although I reckon there are many qualified candidates. I maintain that Hitler was NOT an evil person. I don't even think he was a bad person (Please, gawd, don't quote me out of context here!) But I don't he was a good person either, or an OK person, or any other of the dozens of labels we might come up with to describe his self.In fact, I think that Hitler, Mother Teresa and I all have the same self.

How can I possibly say something so seemingly outrageous, you might well ask. Fear not! There is actually an explanation, and it is not that difficult to follow or to apply if you so choose:

1. As nobody knows what the hell the "self" is anyway, and as it is unlikely anyone will come up with a universally acceptable definition any time soon;

2. You can, within reason, choose anything you want as a self concept (or concept of self);

3. As I can choose my own self concept, I choose one that CANNOT BE RATED as good or bad or variants of that;

4. Then this self cannot be improved or diminished, does not need to be changed, saved, spiritualized, transcended, blessed, psycho analyzed, or acted upon in any way.

5. As such, my self is no different, no better and no worse than your self, or Hitler's or Gandhi's, or Joe Sixpack's

6. For my self-concept, I take my cue form that brilliant 20th Century philosopher, Popeye The Sailorman : "I yam what I yam, an dat's all what I yam!"

7. Some other non-ratable self concepts that some people choose are: The proverbial 98 cents worth of chemicals, a bundle of synaptic responses, a "soul" or "spirit," a "child of the living God, consciousness, beingness, atomic-sub-atomic-quantum relationships, love, energy, DNA code.

As we say in Thailand, "Up to you, lah!" The important thing is that this self concept is changeless and non-ratable, no different, no better or worse than anyone else's self, as we have tried to make clear here.

It is worth mentioning that even though we judge behavior, not people, there are some reasonable and healthy limits on that judgment such as avoiding over-generalizations and all-or-nothing thinking, awfulizing, and "musterbating." For example, "Your performance was total crap and must never perform crapily!" misses the mark in several important ways: (1) It would be hard to imagine a performance that was "total crap" even though many aspects of that performance could use improvement, (2) Obviously, even though you performed badly, there is nothing to say that you must not do so, and furthermore, it is unrealistic to expect that you will always perform well and never had a "bad night."

Still, even the worst sort of judgment related to behavior is better than judging your dear, sweet self, with is not only hurtful and harmful, it is just plain nonsense in the context of General Semantics.

Finally, think "task rating," if you must, but avoid "people rating" as if it were a live 220 line hooked up to your genitals!

Follow me
Latest posts by Rex Alexander (see all)
Please share the love . . .
... other posts by admin
Login Submit

This is whole lot more complicated than this simplicity. If there is no self, just behavioural acts – then presumably someone can be “rehabitated” into not performing such actions or such behaviours. Just use REBT & CBT to “fix” these behaviours. Such horendousness actions that many have perpetrated ignores issues such as no sense of shame, not emotional regulation, severely distored thinking, easily invoked rage, and sometimes a quite unfathomable inner world and subsequent actions that result in pure wikedness perpetrated upon others. That is why there are special psychiatric hosptials where some persons through the way their “innner lives”, or sense of self (which subjectively you, & I merely suggest internally & know you “felt” seen that you do) –   to be structured and are best kept locked up. REBT has a major flaw – and that is around ethics and morals.

Thanks for your comments, Tony, but what has this got to do with he price of peas in Peoria?
This post was not about Crime and Punishment, nor about behavioral change per se. However, I am not aware of anything in REBT which would suggest that those who commit anti-social acts should be allowed to continue to do so; nor that society should not attempt to prevent, intervene and correct such behavior to the extent that is possible. Nor that deterents are not sometimes helpful. It is controversial, but even  some forms of “punishment” “might” be helpful to the extent that they actually correct or deter anti-social behavior.  It is an understatement, however, to say that our approaches remain medieval .
Also, there is nothing in my article that suggests “there is no self.”  “Non-self” in Buddhism and other systems is merely one theory and one lens by which to view a deep mystery.  In any event, whatever self-concept (or non-self concept) one prefers, behavioral change remains exceedingly difficult. Most people do not change. It is best to have modest expectations, and to accept that for some indificuals–as Tony points out–behavioral change  is for all intents and purposes impossible.