How to deal with a hen-pecking boss 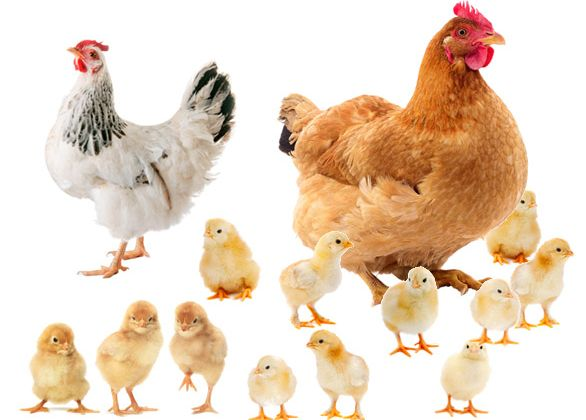 In a slow economy, is being a “henpecked” employee inevitable?

It comes as a surprise to some to learn that REBT does not discount the important, very important role that the economy plays in people’s lives.  REBT can help us to not make ourselves miserable over “economic realities,” and can help us to respond to them rationally, but it cannot change the fact that we may be living through good or bad economic times and that those times present realities we had better deal with as best we can.

So, can we hope to deal with a “henpecking” boss?  There is no question that difficult economic times provide fertile ground for  the  “Boss” and the “Job” itself to become tyrannical. However, inn boom economic times when employees are less fearful of making sudden changes, bosses may treat them better, out of base self-interests if nothing else.

The 1930s produced (now beloved) archetypes of the hen-pecked employee such as “Blondie and Dagwood” where the dominant, meddlesome boss Mr. Dithers  was a central relationship, in and outside of the office.  This theme persisted into 1950s sitcoms with Mr. Honeywell of “My Little Margie” and even later, Mr. Tate in “Bewitched.”  Although these characters were usually portrayed as ultimately benign, there was no confusion about their power and centrality.  However, such  light hearted sitcoms actually represented a real and much deeper level of financial anxiety, powerlessness, helplessness that the average American family experienced during the Great Depression, and that some families experience for various reasons even when times are good. 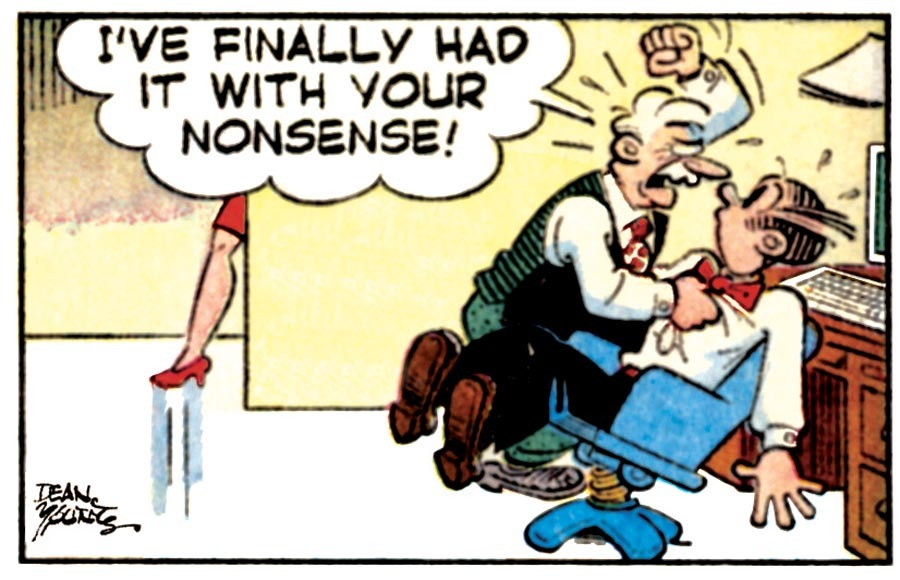 Sure, good communication skills and assertiveness can be helpful. They are probably essential  But the reality is that in a shit economy, the boss (and his evil henchman, the iPhone) are holding all the cards.  Sometimes, it is necessary to just suck it up and be grateful for what one has got and hope that the next generation of leaders will be able to stimulate the economy . . . or wait for for WW III.  It worked for FDR when in 1939, it looked as though America was slipping back into recession and that the New Deal programs were not working as well as expected.  Instead, the U.S. emerged from WW II with full employment, a a fully geared-up  industrial base when most of the industry and infrastructure  in Europe and Asia had been destroyed. Under such conditions, America’s economic prominence and dominance in the world economy was hardly a mystery, and not nearly so much about so called “exceptionalism” as the natural result of being “the only guy left standing.”

I wonder if anyone has written one of those alternative history SciFi stories speculating  how the U.S. would have gotten along if it had not entered WW II.

However, and here is the point, while we can do little to change the economy, we can go back to the basics, start at REBT 101 by  disputing  with our absolutist “shoulds, oughts, musts” as well as our “hidden shoulds” about what jobs and bosses are supposed to be like, quit our awfulizing, and people rating, and then  the path forward can become clearer and easier to bear.

I would say, in my ‘umble opinion, that 2016 is probably not a good one to nominate for “Year of the Employee”, unfortunately.  But we can learn not to make ourselves miserable and we can learn to respond rationally and do what we can, and not upset ourselves over what we cannot.

What do you think?

So one can choose when to be assertive? And sometimes being assertive is not the best course of action?

Rex Alexander Sat 1 Feb 20
|
Dennis So one can choose when to be assertive? And someti

Dennis, I think generally that assertiveness–like honesty–is the best policy.  But certainly not always. You have to be clear in your own mind about your “cost-benefit analysys,” the risks vs. rewards of taking assertive action. If a boss is irrationalr or unreasonable or a bully, being assertive may not be the best policy.  How badly do you need your job?  How replaceable is it? What are the chances of boss retaliating and making your situation worse than it was? Only you can make that assessment.  But, sure, sometimes it is better just to suck it up while you are looking for another job.