E-PRIME, abolishing all forms of the verb “to be,” has its roots in the field of general semantics, as presented by Alfred Korzybski in his 1933 book, Science and Sanity.

Bourland pioneered in demonstrating that one can indeed write and speak without using any form of “to be,” calling this subset of the English language “E-Prime.” Many have urged the use of E-Prime in writing scientific and technical papers. Dr. Kellogg exemplifies a prime exponent of this activity. Dr. Albert Ellis has rewritten five of his books in E-Prime, in collaboration with Dr. Robert H. Moore, to improve their clarity and to reap the epistemological benefits of this language revision. Korzybski felt that all humans should receive training in general semantics from grade school on, as “semantic hygiene” against the most prevalent forms of logical error, emotional distortion, and “demonological thinking.” E-Prime provides a straightforward training technique for acquiring such semantic hygiene.

To understand E-Prime, consider the human brain as a computer. (Note that I did not say the brain “is” a computer.) As the Prime Law of Computers tells us, GARBAGE IN, GARBAGE OUT (GIGO, for short). The wrong software guarantees wrong answers. Conversely, finding the right software can “miraculously” solve problems that previously appeared intractable.

It seems likely that the principal software used in the human brain consists of words, metaphors, disguised metaphors, and linguistic structures in general. The Sapir-Whorf-Korzybski Hypothesis, in anthropology, holds that a change in language can alter our perception of the cosmos. A revision of language structure, in particular, can alter the brain as dramatically as a psychedelic. In our metaphor, if we change the software, the computer operates in a new way.

The verb forms of “to be” that E-Prime excludes includes the words: “is, are, were, was, am, be, been,” and their contractions. 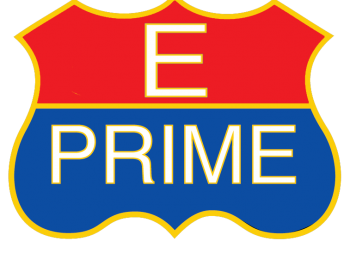 The “A”-type statements (Standard English) all implicitly or explicitly assume the medieval view called “Aristotelian essentialism” or “naive realism.” In other words, they assume a world made up of block-like entities with indwelling “essences” or spooks- “ghosts in the machine.” The “B”-type statements (E-Prime) recast these sentences into a form isomorphic to modern science by first abolishing the “is” of Aristotelian essence and then reformulating each observation in terms of signals received and interpreted by a body (or instrument) moving in space-time.

Relativity, quantum mechanics, large sections of general physics, perception psychology, sociology, linguistics, modern math, anthropology, ethology, and several other sciences make perfect sense when put into the software of E-Prime. Each of these sciences generates paradoxes, some bordering on “nonsense” or “gibberish,” if you try to translate them back into the software of Standard English.

Concretely, “The electron is a wave” employs the Aristotelian “is” and thereby introduces us to the false-to-experience notion that we can know the indwelling “essence” of the electron. “The electron appears as a wave when measured by instrument-1” reports what actually occurred in space-time, namely that the electron when constrained by a certain instrument behaved in a certain way.

Similarly, “The electron is a particle” contains medieval Aristotelian software, but “The electron appears as a particle when measured by instrument-2” contains modern scientific software. Once again, the software determines whether we impose a medieval or modern grid upon our reality-tunnel.

Note that “the electron is a wave” and “the electron is a particle” contradict each other and begin the insidious process by which we move gradually from paradox to nonsense to total gibberish. On the other hand, the modern scientific statements “the electron appears as a wave when measured one way” and “the electron appears as a particle measured another way” do not contradict, but rather complement each other. (Bohr’s Principle of Complementarity, which explained this and revolutionized physics, would have appeared obvious to all, and not just to a person of his genius, if physicists had written in E-Prime all along. . . .)

Looking at our next pair, “John is lethargic and unhappy” vs. “John is bright and cheerful,’ we see again how medieval software creates metaphysical puzzles and totally imaginary contradictions. Operationalizing the statements, as physicists since Bohr have learned to operationalize, we find that the E-Prime translations do not contain any contradiction, and even give us a clue as to causes of John’s changing moods. (Look back if you forgot the translations.)

“The first man stabbed the second man with a knife” lacks the overt “is” of identity but contains Aristotelian software nonetheless. The E-Prime translation not only operationalizes the data, but may fit the facts better-if the incident occurred in a psychology class, which often conduct this experiment. (The first man “stabs,” or makes stabbing gestures at, the second man, with a banana, but many students, conditioned by Aristotelian software, nonetheless “see” a knife. You don’t need to take drugs to hallucinate; improper language can fill your world with phantoms and spooks of many kinds.)

The reader may employ his or her own ingenuity in analyzing how “is-ness” creates false-to-facts reality-tunnels in the remaining examples, and how E-Prime brings us back to the scientific, the operational, the existential, the phenomenological–to what humans and their instruments actually do in space-time as they create observations, perceptions, thoughts, deductions, and General Theories.

I have found repeatedly that when baffled by a problem in science, in “philosophy,” or in daily life, I gain immediate insight by writing down what I know about the enigma in strict E-Prime. Often, solutions appear immediately-just as happens when you throw out the “wrong” software and put the “right” software into your PC. In other cases, I at least get an insight into why the problem remains intractable and where and how future science might go about finding an answer. (This has contributed greatly to my ever-escalating agnosticism about the political, ideological, and religious issues that still generate the most passion on this primitive planet.)

When a proposition resists all efforts to recast it in a form consistent with what we now call E-Prime, many consider it “meaningless.” Korzybski, Wittgenstein, the Logical Positivists, and (in his own way) Niels Bohr promoted this view. I happen to agree with that verdict (which condemns 99 percent of theology and 99.999999 percent of metaphysics to the category of Noise rather than Meaning)–but we must save that subject for another article. For now, it suffices to note that those who fervently believe such Aristotelian propositions as “A piece of bread, blessed by a priest, is a person (who died two thousand years ago),” “The flag is a living being,” or “The fetus is a human being” do not, in general, appear to make sense by normal twentieth-century scientific standards.

This text comes from:

D. David Bourland, Jr. & Paul Dennithorne Johnston, To Be or Not: An E-Prime Anthology, International Society for General Semantics, 1991, pp. 23-26

I have received several emails criticizing Wilson’s article where they point out that the use of E-prime seems to make statements unusually longer than necessary. Indeed, all of Wilson’s E-prime examples above contain longer sentences than their commonly expressed standard English variants. Please realize that in some cases, especially when explaining difficult scientific concepts, you actually need more words to express a concept accurately and clearly. But in many other cases, E-prime can clarify a concept more concisely with fewer words. It depends on the situation. Make everything as simple as possible but no simpler.

One critic of E-prime wrote: “A jury will be much more impressed with the statement: ‘This is the gun that fired the bullet that killed Mr. Jones'” than its E-based: ‘This weapon which has the characteristics of a gun has produced the same markings that seem to mar this bullet that allegedly made Mr. Jones appear dead.”

Of course anyone can force E-prime into a longer form if one wishes, but I could shorten his first version to a more direct: “The bullet fired from this gun killed Mr. Jones.”

There do, however, appear some forms of expressions that tend to have shorter sentence structures than E-prime constructions. Those expressions usually involve some form of lie, deception or an attempt to convert or convince someone, especially in religions, political ideologies, or advertisements (see below).

Another concern I hear from people involves a false belief that those who advocate the use of E-prime wish to change the English language through some form of coercion, or lawful action. Folks, E-prime serves as a linguistic tool, not as an instrument of power. I know of no advocate of E-prime, including its inventors, who desire to change the history of literature or to force people to use E-prime. Almost all of the works of literature, poetry, and religious scripture contain abundant uses of non-E-prime and I’ve yet to meet an E-prime advocate who wishes to change that.

Interestingly some advocates of E-prime claim that if you examine the history of literature, the works which contain the largest number of “to be” words usually involve the most vague or misleading concepts. The works that contain the least number of “to be” words usually come across much clearer. For an example, the preamble of the U.S. Constitution stands as a fine example of natural E-prime.

Nor have I heard its advocates demand E-prime for all expressions. In some cases E-prime would hinder the aim of its authors. For example, in the use of colloquial language, satire, jokes, lies, religious scripture, advertisements, or propaganda, E-prime could actually block the author’s intent.

For example, the Army’s motto, “Be all you can be,” works as a powerful propaganda ploy to get naive boys to join the service. The motto appears so grandiose, yet what does it mean? The imagination can fill that empty “be” word with visions of heroic battle and grandeur. Converting the motto to E-prime would weaken it to some form such as, “Do all that you can do.” Of course “do” here represents what the Army wants you to do such as clean toilets, run until exhausted, or risk death in a war that you haven’t a clue about. The Army has recently changed its motto to an even scarier lie: “Be an Army of One.” No doubt the Army here attempts to appeal to the individualist but the entire concept of soldiering involves submission to authority, and to follow orders without question. Yet can you imagine what might happen if a soldier actually believed himself as an army? I don’t know about you but I’d stay a long distance from him.

The little word “is” gets used more than any other word in the English language. This gives politicians, advertisers and scam artists the ability to fool and lie to the public. Since “is” and “be” contain only two letters (or only one letter in contractions), the advertisers can make their lies short and concise. Falsehoods don’t need lengthy explanations, and they tend to survive best when shortened to their easiest remembered forms.

Of course anyone can express vagueness and falsehoods just as easily with E-prime, but it wouldn’t have the impact without “to be” forms. So if you want to lie, deceive, or convert someone, stay away from E-prime.

You may also enjoy  E-prime: The Spirit and the Letter, by Ralph E. Kenyon Jr.