We are reframing Rational Emotive Behavior Therapy as Rational Emotive Behavior Training, and to emphasize this have registered the name REBTraining.com. Why? Among the many reasons is that the new name better reflects the reality that REBT has always involved therapeutic education  more than getting in touch with feelings. This is the association many still have of 20th Century therapies which involve a lot of crying, kleenex, venting, and “carrying on” while perhaps exploring memories of childhood conflict and trauma. This passe association of marathon talking and crying–perhaps for years on end–is still referred to as talk therapy. While this  stereotype was never universally accurate, it was correct enough to have embed itself into literature, the media and popular culture.

Of course everyone needs a little “tea and sympathy” once in awhile, and it serve as important dynamic of any therapy, at least from time-to-time.  However, I would say that REBTraining is possibly much more stingy with it than some others.  However, REBT significantly involves a robust philosophy drawing upon Stoicism and General Semantics. REBTraining teaches people how to change their unhelpful, dysfunctional thinking so that they can feel better, so that they can make more rational life decisions, so that they can behave in ways which are more rewarding and not self-defeating. Thus we say that REBTraining can help you get more of what you want and less of what you don’t want. REBT calls on the client to do a lot more than talk. It pushes for a basic philosophical change so that people quit upsetting themselves, especially about things they can do nothing about. This clears the way for people to pursue their heart’s desire and find greater fulfillment and happiness.

To that end REBTraining is a vital and necessary antidote to the silly, permissive New Age pie in the sky woo–woo which promises so much but has delivered so little to so many, leaving them frustrated and depressed, or worse, feeling guilty for being unable to make the “magic” work. This reminds us of the wonderful scene from the 1970 film Little Big Man  between Dustin Hoffman and Chief Dan George, “Well, sometimes the magic works, sometimes it doesn’t.”

REBTraining is also the vital and necessary antidote for a generation of young people who have been seduced and corrupted by intersectionality in the academy to believe they are entitled to never experience discomfort, and that universities serving as loco parentis are obliged to protect them from any ideas which might cause discomfort and distress. This has the unfortunate consequence of stifling freedom of thought and freedom of expression. Ironically, while diversity is the rallying cry for many of this generation, this does not extend to diversity of world view and opinion.  Moreover and more relevant to this article, these regressive attitudes are antithetical to the REBT-CBT premise that it is not people, places and things “out there” that disturb and upset us. Rather we upset and disturbed ourselves by our irrational beliefs and distorted thinking about events out there.

REBTherapy is clearly therapeutic, unequivocally, unapologetically a powerful and effective therapy for those suffering from emotional disturbance. However, in one sense, it may be unfortunate that it came into the culture via the gateway of psychology rather than coaching, philosophy, religion, education or “self-improvement.” In practice, it is a little bit of all of those things.  Of course, if you read Stoic Philosophy, Stoicism,  much of it sounds remarkably modern, and very much like REBT-CBT which it predates by 2,000 years! For example,

You cannot force a linguist shift such as from therapy to training. It either catches on or it doesn’t. And while the word training  represents a big improvement in my opinion, it does leave something to be desired.  When I hear the word, it reminds me a little of trained animal acts at the circus or on the old Ed Sullivan Show. 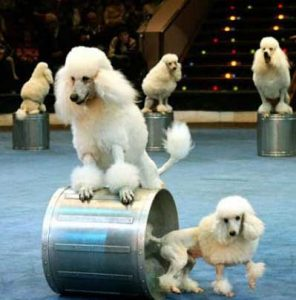 Of course, we don’t want to have our clients jumping around and doing circus tricks thinking they have accomplished something. Nonetheless, training does underscore and emphasize that REBT is a skill set, is something you learn to do like playing the piano, not someplace you go where something is done to you by a therapist.

Please enjoy this website.  More important, please use it to help yourself learn and grow. We value your comments, questions, suggestions, opinions and feedback. Always feel free to contact me with any questions or if there is anything I can do to be helpful.

I do not think that this is available in my country but I would look forward if it does. Maybe an E book? This deserves to be read by many. Thanks.

This is very interesting to know though I have never read about REBtherapybut I know it will a good therapy for the depressed.

I will be listing the concerns and domains that I feel are important in my life and rank them. Thanks for sharing the informative piece.

The books you recommend on REBTraining are very good. I will be sure to get one for myself.

I have read quite a bit about REBTherapy online and this article further clarifies how it works. I think it’s a good concept with a lot of potential.

It’s the first time I am hearing about REBTraining. From what I see, I really could use it.

REBTraining is something that the younger generation especially the millenials need to embrace. They could really use the help.

This REBtraining is timely and can help a lot of people get a lot from their livie. Life situations is making things critical for people.

REBTraining is not only for those who need therapy; those with clinical depression, anxiety and other clinical issues. This will really help a lot. Keep it up

Knowing what is important and what is not will go a long way in making your life easier and better.. This article is a boon to me

Emotional disturbance has really gained ground in our society this day. Rebteraphy is a wonderful program that can relieve ones stress and prevent unwanted death.

This REBT is definitely an interesting concept that I have never heard of before. But anything that enables me to get more of what I want and less of what I don’t want sounds like a great program to me!