Broadening the appeal of REBT CBT? 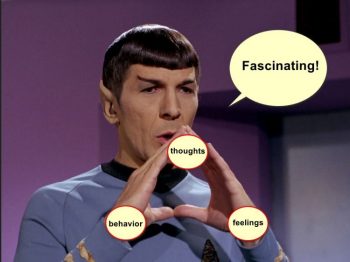 A modest proposal for the  concept of REBTraining and REBCoaching as opposed to  “Therapy.”  Hardly an original idea.

As I am not a licensed psychologist, in my coaching services, I do not provide “therapy” or offer to diagnose or treat physical or mental disorders. The same applies to this REBTinf.com website, as we make clear in our published disclaimer:

This is not only to practice good “legal hygiene,” but also to promote the idea that the principles of Rational Emotive Behavior Therapy / REBT embody profoundly effective life skills for “ordinary” people who suffer with sub-clinical problems. For example, 300 million people around the world have [clinical] depression, according to the World Health Organization. Numerous studios have established that CBT is as effective as antidepressant medications for the treatment of clinical depression.  However, most of us–far more than the 6.7% clinically depressed–suffer from a, you might say, “normal” depressed mood and anxiety from time-to-time which can be painful and incapacitating. All of us worry from time-to-time in an “ordinary” way about “ordinary” life problems without that rising to (or descending to) the level of a clinical anxiety disorder. 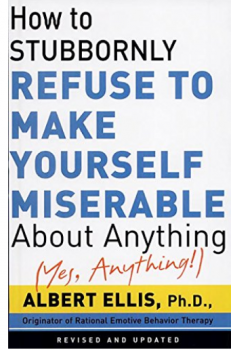 As an REBT coach, blogger and practitioner, I struggle with the fact that REBT is not as well known as I would like, and to the extent that people do recognize the name, often erroneously assume that our goal to churn out clones of Star Trek’s Mr. Spock. No doubt some of this is due to a misunderstanding of what we mean by the word “rational.” However, Dr. Ellis himself struggled with this problem and said something to the effect that in hindsight he might have chosen to use a different word. The word “therapy” doesn’t help much either. While REBT is indeed a powerful therapy, it is much more than that. It is a practical philosophy of life. It is also collection of tools to help “normal,” healthy people get more of what they want and less of what they do not want, even if they are not “disturbed” in the sense of needing “therapy.” To put it in a crass, commercial way, those folks represent a significantly larger market than do those already familiar with REBT or CBT. Let’s face it the vast majority of people shopping for therapy or coaching are unlikely to google “REBT” or “CBT” or even recognize the terms if they stumble upon them.

So–long winded preamble ended–as REBT and CBT therapists and coaches, how do you “brand” and describe your services to appeal to a wide cross-section of potential clients and not limit yourself to a narrow, over-specialized REBT CBT bubble? http://REBTinfo.com

Please join in the discussion and add your comments in the box below.