Dire need for love and approval . . .

If you were my client with an impish smile I would tell you that your problem, the same as most of other people’s is having been born in the wrong universe. In the universe I would like to have been born I would like to have at least my major demands being agreed by the Ruling Council of the Universe, who would then pass it to the Implementers to carry it out.

I would then be able to concentrate on pleasing and impressing other people and live in my Reality TV like bubble where I would not only be accepted by everyone who I met, but also admired by my acquaintances and even those people who do not know I exist. Lol

With a stroke of a pen or a series of therapy steps that sometimes would resemble the self-flagellation of early Christians, I would next take away my stuttering and even the fact that I ever stuttered. My Internet acquaintance has a problem of panic attacks and consequent profuse sweating. I would also eliminate that in one fell swoop. (But not before I would have time to teach him to really subscribe not to sweat the small shit or the profuse sweating).

After establishing a good rapport with a client I say in mischievous way “So you think you have an unbearable family? (Pause.)(Smiling.) So why don’t you rebirth yourself in a better one! (Pause.) Fat chance.”

Then I continue “REBT is a stoic philosophy. You have no choice but accepting the snapshot of who you are in the moment. Then Have the courage to change what you can, Serenity to accept what you cannot change, and Experience to tell the difference.”

Stay tuned for the next installment “Now that I am in this universe that obviously does not give a rat’s ass about my feelings, how can I squeeze enjoyment out of it?” 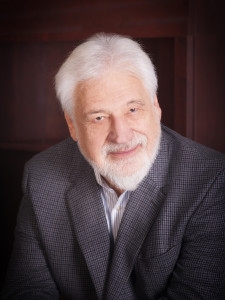 Latest posts by Gunars Neiders (see all)
Please share the love . . .
... other posts by Dr.Neiders

If I were God, I would have set the whole thing up differently. The world would be a lot like Disneyland with everyone being perky and cute and sooooooooooo nice!

I know this from my personal history, it can be quite shocking for us “nice guys” to realize that our motivation for all that actually comes–as you suggest in your nightmarish L. Ron Hubbard scenario–from being a “control freak,” perfectionist rather than from sweetness and light.

Nice to see your pixels, Gunars!