Click to skip to watch the great video “A Brief History of Norman Cousins.“ 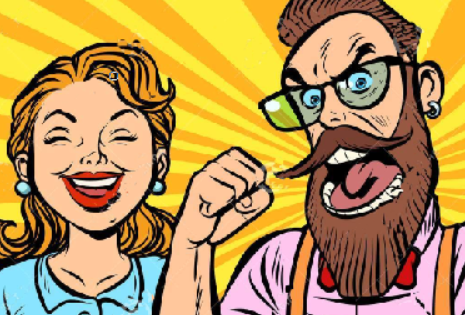 This post would make much more of an impact showing you the video I am thinking about rather than just describing it. I googled and youtubed all over the place today but couldn’t track it down. If anyone can point me to it, I would be grateful.

I live in Thailand and sometimes watch the Universal Channel Asia and SyFy.  Several weeks or months ago, they were running a very clever series of public service type clips.  These were probably produced in Singapore, for whatever that is worth.  There were several versions of essentially the same anecdote:  Some little life’s annoyance happens (this is what we call an “Activating Event”), in one case a woman catches a child mischievously painting on something, I forget what.  A wall?  The woman’s dress?  Doesn’t matter.  The “punchline” is that instead of lashing out in anger, the woman cracks up laughing.

Initially, I dismissed these as pabulum, a nice-but-silly Pollyanna* message. 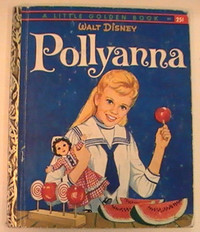 Why not get angry at the little brat for painting on your dress?  Isn’t that “normal?”  Well, according to REBT it may be normal enough, but it is definitely not healthy, nor inevitable, nor is it completely outside of our conscious control.  As they kept repeating these damn clips for days-on-end,  eventually I began to give it some thought.  It is hardly a unique observation that some people have a strong sense of humor while others seem to have little or no sense of humor at all.  That is, the same activating event can seem hysterically funny to one person and cause them to laugh while someone else doesn’t see anything amusing about it at all, perhaps find it cause for annoyance or anger or frustration.

But why?  I am not entirely sure, and that  is the subject of another post, but clearly the Jerry Seinfelds’ of the world see humor in events that most people would find trivial and forgettable. Their particular artistry allows them to capture the essence of this humor and convey it to other people in other people to create laughter.  On the other hand, the Fox News personalities seem to have a knack for inflaming themselves over the otherwise mundane, and are able to convey their indignation so that people who watch those shows are in turn inflamed.  Gawd knows, it gets ratings and is a larger part of the formula that makes Fox so successful and so formidable.  Most people know the story of how Norman Cousins, American journalist and peace advocate cured himself of tuberculosis  by watching  marathon comedy movies (long before video tape)  and laughing and laughing.  So, you might say that Bill O’Reilly, for example, is the “evil twin” of Norman Cousins.  Hehehe  . . .  😆 Don’t misunderstand, I like Bill, and I do watch Fox Nooze, but it is an indulgence.  More importantly, I recognize that as a social force it is probably not a good thing to have this gigantic world-wide megaphone inflaming people 24/7.

Of course, it may be difficult, damned near impossible to force yourself to transform anger to laughter when you have just lost your temper and are in the midst of an ab-reaction.  However, we can all begin, even a little, to begin to see the humor in things that previously annoyed and angered us.  We can all begin right now, actively visualizing ourselves reacting with uproarious laughter rather than anger when that  little brat paints on our wall or the inconsiderate shopper cuts in front of us in line at Walmart.  Why not?  I think that as we practice seeing the humor in the  otherwise annoying evens of life, the “Why not?” will begin to take on more and more clarity and significance.

Try it!  You’ll like it!  Let us know your experience.