Why Rex don’t to no yoga!

Are REBT-CBT Sufficient Unto Themselves?

This post may seem off-topic however, it relates significantly to the question of whether or not REBT-CBT are sufficient unto themselves.

In the 1960’s and 1970’s, therapies seemed to bifurcate into two distinct branches; cognitive-emotive-behavioral . . . and somatic, with little or no dialog or cross-pollination between the two.  Many luminaries in the cognitive-emotive-behavioral therapies seem to know little or nothing about the somatic approaches, or if they know something about them, are dismissive and disinterested.  This was certainly true of Dr. Ellis and other notables I could mention.  On the other hand, sometimes those in the somatic therapies (including yoga, tai chi, Alexander Technique, Feldenkrais, Rolfing, etc.) can be damned snooty and smug in giving the impression that they have found a “higher way.”

Personally, and at the risk of being burned at the stake for hearsay, I do feel that the cognitive therapies are incomplete without some attention to the somatic side of the street, at least the mindfulness side of the street.  I hope that this can be an ongoing discussion, and an encouragement for both “sides” to reach across the aisle to contribute meaningfully to one another’s point of view.

I have been meaning to write this entry for a long time, practically since I launched this forum.  Finally, the other day, a friend asked me about my comment that I had stopped practicing yoga.  I ended up writing a longer explanation that I anticipated and figured it was a good opportunity to finally attend to it here.

First of all, let me say that
I LOVE 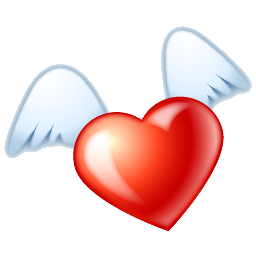 But yoga (at least yoga asana) and I came to a parting of the ways a few years ago. Here is the story:

In 2008,  I finally began treatment for my long-standing hypertension, and finally began taking it seriously.  In looking for complementary approaches to the standard Western meds I was taking, I googled upon some interesting stuffs relating to breathing, and as I researched breathing, that led me a lot of articles about yoga which has many practices, pranayama, related to breath. That led me to recall the days of my shallow and callow youth, my hippie days, my “summer of love”  in ancient history when “yogis” were as common as McDonalds and Egg McMuffins:  Smiling gurus, seated cross-legged in the lotus position, wearing flowing white robes, adorned with Indian flowered leis and maybe some love beads, incense burning in the background of course, and tinkling bells. Those yogis were mostly about yoga philosophy and meditation, not asana., or physical postures most people immediately associate with yoga today. 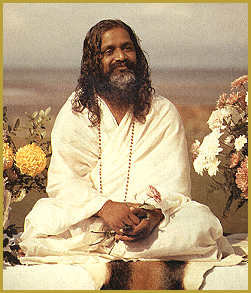 My memories made it all seem so very serene and peaceful. So I figured, like “Whey kewl,” ya know?  It wasn’t until I actually took a few classes and then a seven day retreat in Nong Khai. The style turned out to be Vinyasa, which is not the easy kind, especially for a beginner, and especially not for a guy getting a little bit older like yours truly!  It was only then that I realized how off-base my hippie-dippy recollections actually were. Yoga was not in any way serene or even pleasant, not for me anyway.In fact, that retreat was the most physically demanding and challenging thing I had ever attempted.  Up to that point, “physically demanding” had meant walking barefoot through a thick shag carpet carrying a very dry vodka martini!

Yoga as it is practiced, promoted and commercialized in the West has “come a long way, Baby!”  Except for Yin Yoga which is another subject entirely, yoga is intense and “athletic” and makes you sweat, literally and figuratively, as anyone who has had a little exposure these days knows.

Although I eventually got my little home practice to the point where it was tolerable, if was never fun. I did not look forward to doing it, and  classes were really stressful. In class, I kept staring at the clock and it constantly told me I had 59 more minutes to go even thought I was sure a couple of hours had already passed!

I gave yoga about 2 1/2 years, but it never got easy, it never became fun.  And these drop-dead beautiful, young Thai yoga teachers, made entirely of licorice, not a bone in their little bodies would look at me like I was from Mars when I complained that it was painful. Eventually I did find a good source of yoga, Iyengar,  that I probably could have committed myself to if I had lived near the studio in Bangkok. But living out in the boonies is a constant trade-off between access to goods and services on the one hand and sanity and serenity on the other.  Iyengar is a special style of yoga which places emphasis on proper alignment and uses lots of props to help make the asanas (postures) easier and more effective. We are damned lucky to have an accredited Iyengar studio in Thailand. The master, Justin, was on the Iyengar board in Los Angeles, and actually studied with Guruji (Mr. Iyengar) in Pune, India. So, very kosher, very good pedigree. Unfortunately, the studio is not close to my town. Anyway, one of the first things Justin said to me was ”Rex, maybe you are a little old to be starting this?”  Foolishly, I interpreted that as a challenge or something, so I soldiered on for another year or so until I finally realized he had giving it to me straight, and that he was right!  Now, I know that very old people practice yoga. Hell, Guruji is in his 90’s (!!!) and Justin certainly ain’t no spring chicken himself . . . but me and yoga were just not a match made in heaven, as much as I wanted it to be so.

Anyway, long story short, the past few years I have been practicing Shibashi QiGong–that slow-mo dance you see old ladies in the park doing at sunrise and sunset–It is much more my speed, literally and figuratively.  I took a workshop from Sifu (Master) Wing while he was in Bangkok a few years ago (Lucky me!) and have learned the forms (quite easily) from his videos. For me, Shibashi is everything that yoga was not. First of all, it is accessible, and although it is always best to study in person, I have learned 1st, 2nd and 3rd sets (54 postures) from videos and books, and the one workshop with Sifu Wing in 2012.  Some of the moves are a little tricky, but it is not hard.  It is gentle and meditative. It is a great help with fatigue, focus, balance, range of motion and that damn creeping arthritis. It is very important as we get a little older to do “something” or “some things” to keep the energy flowing, the body moving, the muscles toned, and  the joints juicy and flexible. Some claim that Shibashi is aerobic. I am not so sure that is true, so I bicycle and do QiGong, and that is my gift to myself to keep this old body from drying up and blowing away like a dandelion in the wind!

Thanks for your question as I have been meaning to write something about this for awhile now.

Here is a video of my teacher, Sifu Wing that you might be interested in. Have a looksee . . .

Thanks for this. I am a psychology student from India. Its my second wind. I am a 45 yr old mother of one. I have chronic, hereditary health issues. Alternative medicines have helped me a lot. Now next stage is to increase strength and vitality. Obvious choice was yog and pranayam since anything more demanding is out of question given my condition. That this view, yoga may not be for exists against the prevalent one, yoga is for all, seems to boost my own inner niggling thought. I had recently bought books on yoga by BKS Iyengar but didn't even start reading! Strange for me for I am a voracious reader. Because cobtrary to popular belief yoga seems demanding. I might as well take up ling distance running or aerobics. Saw the video that you posted. It was an aha!moment. It was at once meditative as well as exercising the body. I found mind and heart slowing in their beat. Also most excitingly it would, to some extent address my desire to dance which is impossible under current conditions. But QiGong? Its represents a firm maybe. So thank you. Just one question which is rather academic. You mentioned this is yang. What would be yin then? I could of course research online but its often confusing instead of clearing. Meanwhile I hope I can take this forward towards a better body, heatlth and life.

Rex Alexander Sat 23 Feb 19
| |
Varada Thanks for this. I am a psychology student from I

Hi Varda. Thanks for sharing. I have only had limited experience with yoga and am far from being an expert, so please take anything I say with a grain of salt. Iyengar yoga uses many props such as blocks and pads and ropes attached to the walls to maximize safety, comfort and especially proper alignment. I really liked it, but it was still pretty rigorous in my experience. If you are lucky enough to be near an accredited Iyengar studio, I would recommend booking a consultation with the head teacher to determine if is is worth exploring further and especially if it is a good choice considering your physical limitations. I like yin yoga. It has a limited number of asanas which are held for 2-3 minutes or longer. The idea is to work the fascia and the joints and the bones. It is also something that you never force. You enter into the asana slowly and gently, breathing into it, never going faster or deeper than you are comfortable with. Here is a video from Bernie Clark who was my intro to yin yoga. https://youtu.be/-fLBPmquFU4 Still, this may or may not be compatible with your particular physical situation. Sorry, I don't understand your question about QiGong. A firm??? QiGong is an ancient Chinese practice, the basis of TCM (Traditional Chinese Medicine), and predates and flows into all the Chinese martial arts. The QiGong that I practice, Shibashi, is a flowing form of QiGong which makes use of some of the yang TaiChi forms. That probably sounds like a lot of Gobbledygook to you if you are new to the subject. Never mind. All you need to know at the moment is that it is very gentle, SLOW, flowing, meditative and can be ramped up or down depending on your abilities and limitations. If a movement is too demanding, it is perfectly OK to adapt it to your skill level. Anyway, hang out on the https://taichi18.com/ website for awhile. I am happy to answer any questions. Sifu Wing has always been quick to respond to my e-mail questions. If you are lucky, you may be able to find certified instructors and workshops in your area, or consider the home study course. Cheers, Rex

Varada Mon 25 Feb 19
| |
Rex Alexander Hi Varda. Thanks for sharing. I have only had lim

QiGong is a 'firm' maybe..lol...I mean most things are no-no as I explore them from my physical level as too rigorous. They are likely to put me in the hospital. But QiGong as you describe it seems from my persepective a firm --- definite thing to explore...its not a strong 'no' but could be a 'maybe' infact a definite 'maybe' something that will work for me. Sorry I made it so complicated! But thank you again. Difficult for me to find good instructors where I live. I am sure people may not even have heard the term. But thank God for the internet and links you sent. Regards, Varada