Nothing either good or bad, but thinking makes it so

There is nothing either good or bad, but thinking makes it so. ~William Shakespeare
Hamlet Act 2, scene 2, 239–251

Hi REBT Mates!  Do you STILL think that it is
things “out there” upset us???

People, places, things and events do not upset us.  Rather, we upset ourselves by our distorted, irrational, unhelpful theories, interpretations, attitudes, evaluations and judgments about those  events.

This is “REBT 101” but it continues to surprise me just how radical this idea advanced by Albert Ellis some 60 years ago remains today.  However, if it was important 60 years ago, it may be vitally important to our survival today considering the level of violence and threats of violence in almost every country, and particularly  the despicable acts of terrorism driven by fanatical, psychopathic religious doctrine which may threaten the very survival of civilization as we know it.  Yet the irrational, distorted thinking which drives terrors is at it’s base no different than the irrational distorted thinking that causes some of us to become inflamed all morning after getting cut off in traffic.  The distortions are the same, the conviction, intensity and level of righteousness which drives them is of course more extreme with terrorists.

More than ever, championing the cause of rational thinking, emoting and behaving is a worthy and even noble enterprise that not only as positive consequences for ourselves and our immediate circle, but for a much wider circle as well.   Personally, I cannot think of anything more important in the middle of a crucial U.S. presidential campaign which seems largely driven by the circus of name calling and  over-generalizations designed to inflame, which is  something REBT teaches us early on to avoid doing.

Having said that, Dr. Ellis did not invent these ideas.  Other important psychologists were working in this area prior to and at the same time as Dr. Ellis.  Alfred Korzybski who developed the field of general semantics provided much of the philosophical background upon which the REBT therapy is based.  However, these principles were already being developed and advanced in the First Century BC and AD by  the stoic philosophers such as Epictetus and later the Roman Emperor, Marcus Aurelius.

Although not a dominate social force, these ideas have left important footprints for us throughout history.  Take Shakespeare, for example,  whose brilliance as a  playwright reflects unusual philosophical depth as well as remarkable insight into human psychology.  The stoic/REBT idea that it is not events that upset us is clearly expressed in Hamlet’s line

Hamlet seems to understand that Denmark, indeed the entire world, is a prison of his own making (Compare that to your modern teenagers’ lament, “Life sucks!”), but regrettably, Hamlet  seems resigned to his fate.  Too bad that Dr. Ellis was not around to show him how to challenge that nutty thinking and replace it with something cooler, more rational and helpful, less inflammatory. Then perhaps Hamlet would not have felt compelled to contemplate suicide (“To be or not to be?) in Act 3.  Of course, then that might not make for such a compelling play . . . but whadadya gonna do?

From the REBT standpoint, reasoning from some specific (in this case negative) event or events to the erroneous, overgeneralized conclusion that Denmark is a  “prison” takes a natural reaction to bad news and escalates the level of emotional inflammation, thus interfering  with our  ability to make good decisions and to act in ways which are rewarding and satisfying, in ways which get us more of what we want and less of what we do not want.

The important thing to remember is that this  “magic trick” of transforming healthy sadness into  depression, normal annoyance to anger and rage, prudent concern into anxiety is irrational. It is irrational both in the usual sense of being illogical or erroneous as well as in the REBT sense of being unhelpful. 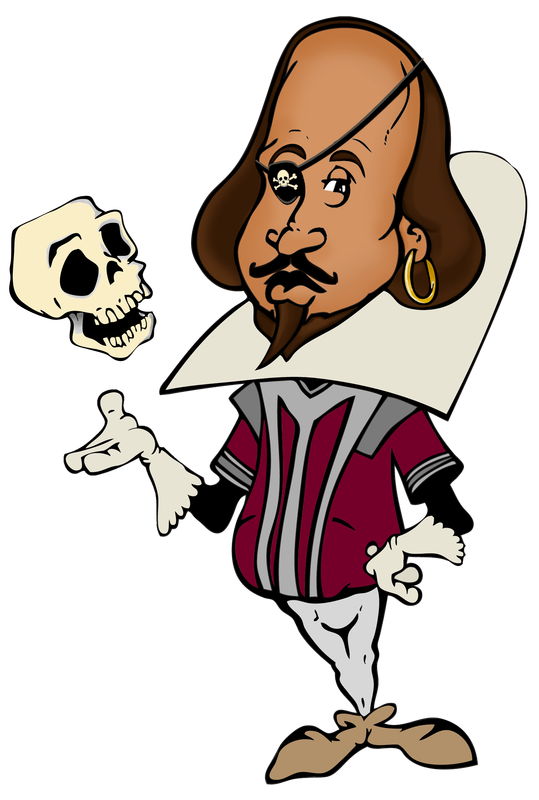 Exploring, analyzing and discussing the irrational thinking, emoting and behaving of characters in literature and the media is safe and fun, but is also an extremely powerful way of learning how to use REBT to identify and untwist your own twisted thinking which will help you feel better, make better decisions and will guide you to behaving in ways the will get you more of what you want an less of what you do not want.  You can learn REBT-CBT on your own by reading basic REBT texts (e.g. “A Guide to Rational Living” ~Albert Ellis or “Feeling Good: The New Mood Therapy” ~David Burns, or by working with an REBT coach or therapist

Follow me
Latest posts by Rex Alexander (see all)
Please share the love . . .
14
Shares
... other posts by admin