Every day, in every way, I am getting better and better! (Sure you are!)

probably dates from 1915 and actually precedes works of the more famous positive thinkers such as Dale Carnegie (How to Win Friends and Influence People, 1936), Napoleon Hill (Think and Grow Rich, 1937) and predates by several decades Norman Vincent Peale (The Power of Positive Thinking, 1951)

The problem with so called positive thinking is that when you try to do it, your unconscious just gives you the raspberries and pushes back, “Oh no you’re not, buddy!” 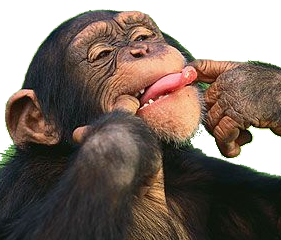 Moreover, like anyone grounded in REBT, I am eclectic, pragmatic and support whatever works. I am pretty sure that various types of positive thinking, visualization, affirmations and denials can enhance an REBT practice. As a personal preference, however, I prefer to think realistically which has no particular quality of being positive or negative. That is not to say that I manage it all the time, but I prefer it! More importantly, as I mentioned going into this, my main goal here is to distinguish between REBT and positive thinking, not to dissuade anyone from thinking positively.

I like REBT because while it is powerful, it is at the same time reality-driven, modest and does not over-promise as so much of pop-psychology and New Agey approaches do.

Just as one illustration, you talk about feeling hopeless. From an REBT standpoint, where does this feeling of hopelessness come from?

REBT 101: it’s distorted thinking along the lines of “There is no hope! This will never work! I’ll never get better. Things will never improve! I am going to feel shitty forever and ever and ever . . . ” Classic over-generalization which if chronic can lead to incapacitating depression. The “flavor” and intensity of the depression may depend on a combination of factors, but the “depressive thinking” is the proximate driver.

The problem for me with the above, and I am speaking personally here, is that neither proposition, positive or negative, is evidence based. It is quite possible that a situation sucks and that things are not improving and may not improve without some major intervention. However, having said that, I do believe that if there were a “technology” that could truly purge the negative thought “Things will never get better!” and truly replace it with a thought that you actually believe “Things are getting better . . .” you would have some pretty powerful stuff on your hands!

The essence of positive (replacement) statements in REBT-CBT, however, is

1. Viscerally seeing the intimate relationship between thinking, emoting and behaving, and

2. Getting it, really getting it, that the negative thought is indeed some combination of distorted, false, irrational, illogical or unhelpful.

Once you accomplish those two connections, replacing the distorted thinking with positive, rational thinking is very nearly automatic. It’s obvious. You don’t need to bombard yourself with 10,000 repetitions hoping that one day you will believe whatever it is that you are telling yourself. The impact is palpable and immediate, just as when you replace the thought “Oh my God! An intruder!” causing an instant !!! adrenaline rush !!! with the next thought‚Â  “Silly me! It was just a shadow on the wall!” the reaction immediately begins to shut down.

Bottom line, positive thinking is helpful only when and if it is rational.  If your positive affirmations are not rational, then the likely won’t be helpful, and you are setting yourself up for confusion. Worse, you may end up blaming yourself for not doing the affirmations correctly rather than rationally questioning the efficacy of the process.

PLEASE LEAVE A COMMENT OR ASK A QUESTION
IN THE FORM BELOW. WE