Is “indifference” a better option than “strong preference”?

REBT-CBT (and I) are pragmatic enough to believe that (most of the time, anyway)  “the proof is in the pudding.”  So if you are getting traction from aiming for indifference rather than strong preference, good for you. So, what follows is not necessarily for you  or directed to you, but rather is for newbies who are struggling to learn and apply REBT-CBT.

The Mr. Spock character from “Star Trek” is beloved to the extent that he is now probably a cultural archetype, certainly a cultural icon. However, there is a “gimmick” at work here. The gimmick is not that Spock has a flat emotional affect and operates entirely form logic and not emotion. The gimmick is that he has a Human mother and a Vulcan father. He is half-human!  Although his Vulcan side is dominant, in nearly every episode of “Star Trek”,  there is at least a passing acknowledgment to the ongoing, often agonizing conflict Spock wages with his human emotions. He is not emotionless!  He is an oddity struggling to repress his emotions. He needs therapy. At least on Earth, he needs therapy. Mr. Nimoy portrayed spock with irony and humor and a certainly vulnerability at the core of his cool. logical exterior which made him beloved by fans. I think that the actors who have who portrayed Spock subsequently lack this quality, which I think makes their interpretations of Spock much less interesting. 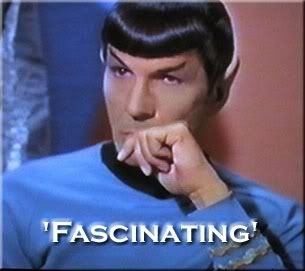 As I have pointed out before, and let me say again for the record, Mr. Spock is wonderful entertainment, and raises important fundamental existential and philosophical questions about humanity.  However, Mr. Spock is fiction.  In the real world, such people, those who have a flat emotional affect are regarded as seriously disturbed, often sociopaths whose lives follow a destructive and self-destructive arch.

Buddha was “detached” alright.  He spent a large part of his life in silence,  isolation and  wandering in the wilderness seeking enlightenment by  following severe ascetic practices and self-denial. He never sought to be regarded as anything “special,” but reading about that part of his life, it is clear few of us would be up to or capable of that, or even interested in it.    More important, after he achieved enlightenment, he dedicated himself to teaching for the remainder of his life.  You don’t do that if you are indifferent.  One of the core principles of his teaching, what later became  Buddhism, as I understand it,  is compassion.  com = with and passion = strong emotion.   “Compassion” is more of an ongoing discussion than it is a word the lends itself to a brief definition, but it is hardly indifferent.  It is in fact the act of experiencing the pain of other others or of humanity as a whole.  I am not a Buddhist and not literate about Buddhism.  Can some of the other guys here are more educated correct me where I am going wrong on this?

It is probably easier to achieve some level of “indifference” if you are a monk who does not have to deal with the hassles of ordinary daily life and the inevitable friction with events and people that inevitably provoke emotion. 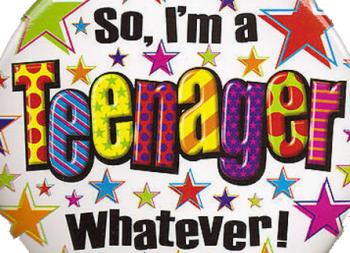 This is not about  being “REBT kosher.”   It is core value; the heart and soul of REBT-CBT, and Dr. Ellis, et al explain and expand on the theme over and over in their writings.  The goal is not to get rid of emotions, to stop emoting, to develop a flat emotional affect, to become Mr. Spock clones (or little Buddhas).  The goal is to learn to distinguish between healthy and unhealthy emoting.  When we can do this, we can train and encourage ourselves to react to life in more healthy ways, less unhealthy ones, and can train ourselves  to transform unhealthy emoting into healthy emoting.  For example, we morph unhealthy, destructive depression into appropriate and healthy sadness, rage into annoyance, guilt into rational remorse, anxiety into alert concern, and so on.   Yes, the “red line” between strong preferences and demands is sometimes fuzzy and nuanced.  But Dr. Ellis never promi sed us a rose garden.  Sure, it may be challenging to make the distinctions between preferences and demands if we are a person whose emotions tend to run hot, but that’s the goal and it can be achieved without in the process sacrificing the entire panorama of human feeling and experience.

There is a chasm between “People must approve of and love me”  and “I don’t give a shit if anyone approves of or loves me.”

However, if going from “must”  to “strongly prefer” seems too fine a line, then shitcan the “strongly,” and you have got