This is a little complex, but bear with me as it raises important issues and points to a principle often elucidated by Dr. Ellis. 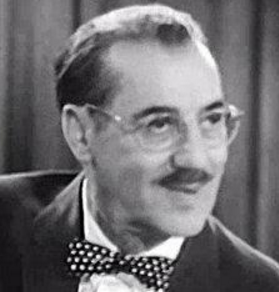 Century, indeed of our times.  The “quiz show” format was for the most part an excuse and a platform for pre-quiz “interview” and banter between Groucho and the contestants and with announcer-sidekick-whipping boy, George Fenneman.  These exchanges were unscripted, always clever and amusing, often very funny, occasionally brilliant

the clip, Ramiro G. Gonzales is one of the contestants.  Gonzales had wonderful comedic timing and fell into a natural banter with Groucho who generously played straight to Ramiro’s seemingly unintentional humor.

Watch the clip and you will see what I am awkwardly trying to describe.  Although the bit is hilarious, the problem is that it stereotypes Mexicans as being “funny” because of their accents and long names, and maybe being just a little bit slow and stupid.

Ramiro prospered as a result of that one bit with Groucho, noticed by John Wayne who cast him as comic relief in Rio Bravo and a number of other films. Gonzales is hardly alone in being a member of a minority group whose likable-but-demeaning stereotype which came to be a ”much-loved” icon by mainstream America.  Amos and Andy and Step ‘n Fetchit  (Get it?  Step and fetch it.  Har, har, har!)  are two others who come readily to mind. 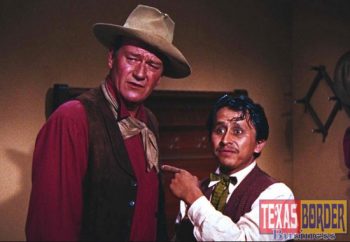 Ramiro also voiced some of the background characters in the Warner Bros. cartoon “Speedy Gonzales: The Fastest Mouse in all Mexico” voiced by legendary voice actor, Mel Blanc.  Ironically, in 1999, the Cartoon Network dropped Speedy cartoons because of the ethnic stereotypes.  I guess the gag is that Speedy in his Mexican peasant costume is really fast, whereas most Mexicans are slow! 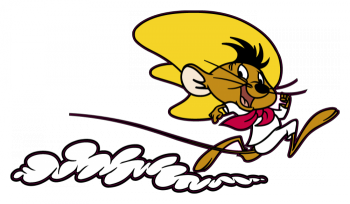 Speedy Gonzales, the fastest mouse in all Mexico!

I enjoyed the Groucho-Ramiro clip, and posted the following reply

This would be considered racist by today’s standards:.  Let’s make fun of silly Mexicans!  Listen to their funny accents!   It is fine that Ramiro went on to have some success in show business; but even the much loved  Warner Bros. cartoon character Speedy Gonzales  is itself an antiquated, stereotype; a joke about Mexicans being slow and dim-witted.

In this clip, Ramiro falls naturally into “sidekick” to Groucho, who generously plays “straight-man” to Ramiro’s antics.  Watch Groucho carefully.   It is the apparent ease of his timing and his reactions which made him one of the comic geniuses of our times.

Someone replied in part, talking about his “straight-shooting” grandmother:

You see, she had the freedom to express her opinion, regardless of how “offensive” it may be perceived. Quite a stark contrast to this country, eh?  Anyhoo, if you were born in 1910, good luck not having your formative years not influencing your lifelong belief systems.

Is it funny? Is it racist? Is it non-pc? Don’t know – don’t give a fuck. I do know that at the end of the day, if I’m negatively offended by someone else, that’s on me. That’s my problem because I was incapable of dealing with an “outside entity” successfully. I mean, if I say, “You make me angry”, am I not also saying, “You control my emotional state”?

Here is how I replied, not mentioning REBT specifically, but the influence is obvious

It’s bi-directional.  Of course, existentially and pragmatically, everyone is ultimately responsible for his or her own reactions.  Yet, how many people actually understand that?  And how many who understand it, act on it? And how many who act on it, live it?     And, of course, if you leave your window open and thief climbs in and steals your teevee, you bear some responsibility for leaving yourself vulnerable.  But that does not in any way justify or excuse burglary, and the burglar does not get a lighter sentence because he chose to rob a soft target, nor does he get a harsher sentence if he defeats a target with hardened security.

I think that most people prefer living in a social group, and understand implicitly or explicitly that if they want to operate successfully within and derive benefit from their social group, accepting some limits on their behavior and speech is sensible if not mandatory.  “Free speech” is all well and fine, but tries insulting Muhammad’s wife in the wrong group of people, and you won’t live very long.

Fortunately for society, there are only a limited number of sociopaths among us who do whatever they want with no regard for how their behavior impacts others, or how it impacts themselves for that matter.”

Another guys chimes in

You try insulting (one of) Mohammad’s wives and you’ll soon find there are billions of aforementioned sociopaths.

And my parting thoughts:  Certainly wars, religions,  mass movements, revolutions and such provide excellent camouflage for relatively small number of sociopaths who can do as they please with impunity, even get medals for their behavior.  However, the over-reaction to me saying something insulting about “yo mama” is a highly moral response, albeit in a highly perverted from.  That’s the problem with “morality;” it can get out of hand and turn into something very ugly.  Sociopaths, on the other hand, are highly amoral.  Not that it matters much, but technically, the two involve very different dynamics.”

Bottom line, Dr. Ellis often wrote about the necessity of individuals accepting some limitations on their speech and behavior in order to benefit from being a part of a social group. Some individuals are more inclined to conform, to “go along to get along” than others, but few of us are sociopaths or hermits who would happy to trade social benefit for absolute freedom. 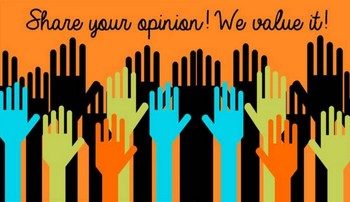