Regarding his quote by a phsrink, “Indeed, once my client accepted his thoughts and feelings, shaking off his shame and guilt, he saw his problems with greater clarity and proceeded down the path to recovery”, a reader asks

How does accepting your thoughts and feelings relate to shaking off shame and guilt? I don’t see the connection.”

We all have lots of thought and feelings about our feelings.  “I must not feel angry at Sally, and as I do what I must not, I am a rotten person!”  There’s yer shame & guilt.  This is a classic and typical “secondary disturbance” in REBT. If you think this insipid, think again.  At least in my parents generation, it was a standard part of a parent’s bag of tricks to “educate” their children “Good little girls don’t hate other people!” 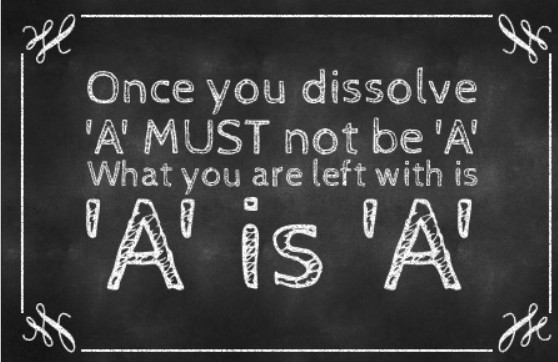 Look, it is a perfectly natural impulse to want to make bad feelings stop and to prevent them from erupting.   However, modern psychology, including modern approaches to behavior therapy, as well as the new wave of “mindfulness” understand and teach and treat that the quickest, least painful, most growth promoting path through emotions is via acceptance, not trying to control them.  Indeed, this is paradoxical, and many people find it counterintuitive and off putting. However, even before more explicit approaches to mindfulness became popular, there was REBT, zen-like, telling us that once we eliminate “A should be B,” what were are left with is “A is A,” and that is acceptance therapy pure and simple.  Deal with your shoulds and what you are left with is simply reality.  When you approach reality as reality rather than what (you theorize) it should, ought, must be, you are in a much better position to deal with life and life’s problems rationally, spontaneously, creatively and effectively, rather than imposing this matrix of shoulds between you and reality.