Read the full article here => Meditation Madness and then return here to see my response and learn how all of this relates to CBT-REBT.

Thanks to Michael for sharing this article. The author raises a lot of interesting points, but it is hardly within the scope of my reply to address every aspect.  It is even becoming a bit unwieldy focusing on the few issues that grab my attention.

First of all, I have recently read that from the beginning, the founders or popularizers of the modern mindfulness movement such as Jon Kabat-Zinn  were very aware that if mindfulness “took off,” some people would seriously misrepresent it and exploit it in various ways. “Mindfulness Evangelists” as the author, Mr. Grant, refers to them, are annoying no matter which wagon they hitch their star to this week, and it would be unfortunate to rely on them for meaningful insight into the nature and value of mindfulness. Yet, that is what Mr. Grant seems to base his article on.   If you are rooting  for mindfulness meditation and mindful living to have an expanded role in society, you are free to regard this fad-phenomenon as ultimately helpful or unhelpful, or even embarrassing. Time will tell, I suppose, and will depend somewhat on how many influential people have reactions similar to Mr. Grant.  Nonetheless, a few  issues which surround this discussion are important to consider: 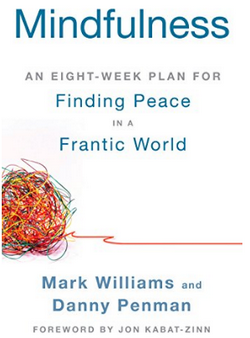 1. Mindfulness meditation is hardly a fad.  It has had a 5,000 year history in Asia in the form of  Vipassana meditation in the Buddhist  tradition.  Zazen, Zen seated meditation, a relative new kid on the block compared to Vipassana, is an important variation, and is very  similar, especially in the beginning. The  modern, secular form of mindfulness meditation as  introduced by John Kabat-Zinn and others has been around for about 35 years.  No responsible proponent of mindfulness (or any other school of meditation for that matter)  regards it as some kind of  panacea  nor endorses the over-reaching claims of the “evangelists,” nor believes that it is “good for what ails ya,”  nor believes that everyone can or could or should practice. Those are the things that Mr. Grant attributes to the claims of the  evangelists, but such claims are not in my opinion rational or responsible.
2.  Dr. Ellis and other pioneers, probably including Dr. Edelstein, are not fans of meditation, lumping it together with hypnosis, relaxation and various somatic approaches, regarding it as merely palliative.  Dr. Ellis, always pragmatic and multi-modal, often said  that he recommended some of these approaches to clients, but he clearly was not a fan, and his “pragmatism” comes across as just a little bit arrogant and condescending.  Still, while all forms of meditation overlap in some important ways, that are not all alike, and mindfulness meditation is not palliative, not by design, intention, nor in effect. For emphasis, let me repeat, mindfulness meditation is not palliative, not by  design, intention, nor in effect.  Just the opposite.  Mindfulness meditation teaches awareness of and more importantly,  acceptance of cognitive-emotional-physical experience, and teaches the ability to have our experiences without reacting to them, that is without drawing conclusions or making judgments, which means without awfulizing, self-downing, “musterbating,” or other distortions and negative self-talk that people use to upset themselves.  It is because of this distinction that  mindfulness practices and mindfulness meditation have been becoming integrated into various schools of CBT almost from the beginning, much to some  people’s surprise,  as well as becoming integral to  the newer, “Third Wave” schools of behaviorism such as ACT, DBT and others. Gary EmeryRapid Relief from Emotional Distress… part of the team that developed Cognitive Therapy with Beck, et al at the University of Pennsylvania Medical School in the 1970’s, very early on had a sense that “Acceptance” (note the uppercase “A”) was an important part of CBT.  I have called Acceptance the “soft underbelly of REBT” because after all that disputing an d disputing and disputing, what you are left with is simply what is, that which is so.  After you thoroughly dispute “A must not be A!” what you are left with is “A is A”, and

We can only wonder how Dr. Ellis might have regarded this if the timing had been different, and if he had had the leisure and the opportunity to give mindfulness a better looksee.

3.  Mr. Grant discusses mostly in the framework of “stress reduction” and indeed mindfulness is often presented in that context.  Even John Kabat-Zinn framed his approach as MBSR or Mindfulness-based Stress Reduction.  However, personally, I see this a bit  of sleight-of-hand and misdirection.  “Stress” is an external, an “activating event” in REBT terms,  usually time-related, typically describes a situation  in which we have too many tasks, too many competing, conflicting priorities, impossible deadlines and not enough time to complete everything that needs completing.  It can also involve difficult personal relationships and noisy or chaotic or otherwise unhelpful environments. Without relief, people react with anxiety, irritability, depression, physical symptoms such as tension headaches, reduced performance and self-defeating compensation such as drinking or drugging.  Certainly mindfulness and other types of meditation can be an important tool in resolving stress.  However, it is only one tool in what should be a comprehensive strategy which specifically addresses the situation and the needs of the individual.  On the other hand, sometimes stress is situational, and “all” one needs to do is give up a stressful job and replace it with a less stressful one. Poof!  No more stress!  Well, maybe.   Clearly, unarguably there are lots of ways to reduce stress that don’t involve meditation, as Mr. Grant points out.  But I think this misses the point just a little. 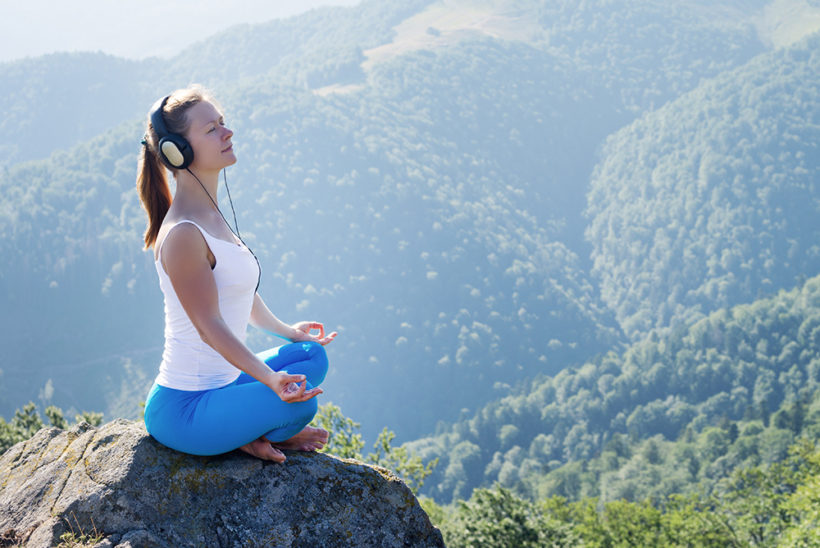 4.  It misses the point and I think Mr. Grant tips his hand when he says “I have nothing against it [meditation]. I just happen to find it dreadfully boring.”  Not just plain, old vanilla boring, mind you, but DREADFULLY boring.  However, a stern wrap on the knuckles for playing  games with the language in that way!  Meditation is meditation is meditation.  It is neither inherently boring or not boring.  What Mr. Grant is saying that he has found himself dreadfully bored when he has attempted it.  We don’t know how many attempts or how often or what type(s) of meditation or under what circumstances. Be that as it may, Mr. Grant seems to be saying that he cannot sit quietly for a few minutes without becoming dreadfully bored. Is that important?  Well, we don’t know exactly what it means for Mr. Grant, but it is hardly an uncommon reaction, and in my observation, it is a symptom of modernity in which many or most people seem to have a touch of ADHD, the exhausting running like a chicken with our heads cut off disease;  multitasking, inattentive, distracted, rushed and harried, unable to be still for even a few minutes, head in the (digital) clouds, no longer well-connected to society or to one another, or even to immediate experience of being alive as previous generations were naturally. Of course this is stressful, BIG TIME stressful.  However, I don’t think the primary problem is one of stress, but is rather one of ATTENTION, or the lack thereof.  Along with just doing it, that is,  just paying attention or “attending”, disciplining oneself to slow down and learning to take care of our breathing are intrinsic to the process, both on the meditation cushion and during our routine activities as much as we can  and to the extent that we can.
The fact that Mr. Grant is dreadfully bored is at least “interesting,” as mindfulness meditation was not designed to be stimulating and “entertaining” in the way that Grant and other may expect it to be.  Stimulation and entertainment are far from the point.  Mindfulness meditation provides an opportunity to practice, to stop for a few minutes, to slow down, to pay attention to our breathing, and notice how our thinking, emoting and physical sensing often operates like the proverbial monkey cage full of agitated monkeys, screeching, jumping all over the place, making “monkeyshines,” rattling the cage bars. If you can appreciate this metaphor, then you (or Mr Grant) hardly need a zen master to sell you on the benefits of attention training. If one cannot or does not see the value in that, then I think it is safe to say that meditation is not for them.
Bottom line, I see mindfulness more as a matter of attention training than stress reduction, and there are various techniques and approaches that can help us with this as an enhancement to or as distinct from Â formal mindfulness meditation such as
Open Focus Training
http://www.OpenFocus.com,
HEG Neurofeedback Training
HRV Heart Rate Variability Training such as HeartMath’s emWave

You really hit the nail on the head here. Sometimes I get so frustrated with articles like these I give up on trying to explain my point of view, and you’ve really inspired me to speak my truth. I fully agree with you, and I think another point he misses is that true mindfulness is effective by the very virtue of those just BEING mindful (and the effect they in turn have on those around them). Lead by example, not evangelism!