Erroneous comparisons of REBT-CBT to “positive thinking” and similar is a pereneal staw man argument . One of the problems in trying to get the word out  about REBT-CBT is that they are often dismissed  as merely “positive thinking. In my opinion, one of the goals of any REBT media is to distinguish REBT-CBT from . . .

The various flavors of “positive thinking” popularized in the 1930’s by the likes of Norman Vincent Peale who coined the term in his book “The Power of Positive Thinking, Dale Carnegie, “How to Win Friends and Influence People,” and Napoleon Hill, “Think and Grow Rich”, and in the late 19th Century by the likes of Mary Baker Eddy (Christian Science) one of the pioneers of the “New Thought Movement.” Carnegie and Hill came at it from a sales standpoint, and were largely responsible for the “personal success” genre, which along with jazz music, is one of the few uniquely American cultural expressions. Many Brits think all of this stuff is silly!

Carnegie is a household name and Hill’s “Think and Grow Rich” is one of the best-selling books of all time. Eddy and Peal reimaged Christianity and foreshadowed the New Age Movement decades in advance. The New Age Movement draws on a myriad of Eastern and Western, contemporary and classical ideas, and cannot be attributed to any single source, but I think it is fair to say that it’s modern form was coincident with opening of the musical “Hair” in 1967 whose theme song “This is the Dawning of the Age of Aquarius” sums up the New Age pretty well, I think.

So what have we learned from these various players?

2. by changing our beliefs, we can change the way we think, emote and behave, and in doing so, within limitations, change our life events for the better.

3. By stopping thinking negatively and instead thinking positively, we and change our beliefs and thus our experience and life events. Maybe. 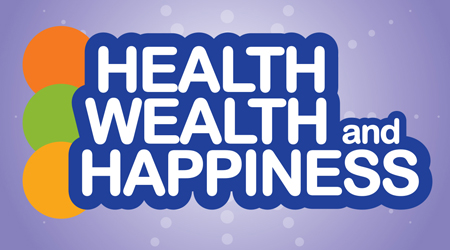 And while it sounds great on paper, the reality is, with more than a century of history to examine the results, “positive thinking” by any other name often works well in the beginning, and then heads down a slope of diminishing returns. The ones who benefit most from this stuff, I reckon, are those with a commercial interest, and need to remain positive and keep their mojo working in order to keep selling books and seminars. No one can argue against the importance of thinking positively, but these days, it’s a shame to see thousands or millions continue to get conned into believing that they can transform their lives by reading a few books or attending a few seminars any more than the old tent revival meetings were anything more but stimulating distractions.

The problem is that all of these systems, religious or “success” oriented, by whatever name and to one degree or another teach the use of affirmations and denials to achieve their ends. And nothing about that has changed in the past 150 years no matter how it is dressed up in new modern-sounding jargon and techniques that sound technologically sophisticated, such as neuro-linguistic programming to name just one.

Positive thinking would advise something to the effect of “I’m not a failure, I’m a success” and rely on many repetitions over a long period of time to, at least theoretically, “reprogram” your thinking so that your natural thinking is more like “I’m a success.”

That is nothing like REBT disputing and replacing. First of all, REBT-CBT gets at your semantics, at the use of the word “failure.” What does it mean?” Are you telling yourself, “Because I failed the test, I am a failure”? Is that true? Is that rational? Is that helpful? Is it rational, is logical, is it true to believe that if you passed 10 tests and failed the 11th that you are A FAILURE? What if you pass 50% of your tests and fail the other 50%? Does that make you 50% a success or 50% a failure? The point being here that labels and ratings such as “failure” are semantic gremlins, have little or no real and useful meaning. They are mischievous, unhelpful and responsible for much misery in the world. It simply could not be valid calling myself or anyone else a failure in that global way. “I am not ‘a failure,’ I am just a dude who failed the test today!” However, I can look at why I might have failed and what I can do to improve my performance on future tests.

This is not positive thinking. This is not affirmation and denial. This is realistically looking at and working through how our (nutty) language upsets us and causes us to behave in unrewarding ways, and then replacing that nutty thinking with cooler, more rational, less inflammatory thinking that helps us feel better and behave more successfully. It also involves taking action in the real world in ways that are counter to our maladaptive patterns. Some REBT guys place more emphasis on the behavior therapy side than others, but one way or the other, the goal is a change in behavior.

Again, please understand this not intended as a provocation of a debate about “positive thinking.” For me, I have put that issues to rest literally decades ago, but I have no truck with those who find value in it, but merely which to point out that it is not REBT.