Why “can’t” you rate the essence of a human?

Great to hear from you,  Excellent, thought-provoking questions, indeed, which I doubt we will be able to do justice to in a forum such as this.  But that has never stopped me from trying, so here goes.

I guess the best way to answer your first question is by starting with your  second question about ePrime.

REBT embraces ePrime.  One of the early editions of Dr. Ellis’s A New Guide to Rational Living  (later, re-titled as simply A Guide to Rational Living) was written in ePrime.  In subsequent editions the language was changed to more standard English because, I guess, the ePrime sounds “peculiar” and is distracting unless you are clear about why it is written in that style.

You asked why you can’t rate the essence of a human. We don’t like “can’t.”  It often represents a special kind of cognitive distortion in it’s own right.  And, of course, you can rate the essence of a human, or you can try to.  We do it all the time.  But REBT wants to persuade you that it is not a good idea.  Having said that, I like ePrime because using it, you literally cannot rate a person’s essence.  ePrime simply doesn’t allow you to do so. It’s innate architecture forces you to rate behavior not essence or “self.” 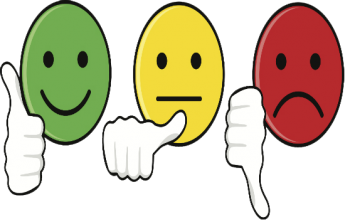 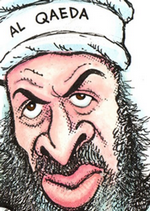 ePrime eliminates the use of the being verb, all forms of “is.”  So, in ePrime there is no way to say “Osama is a bad man.”   It is not a moral or philosophical issue because without “is,” you simply cannot say that Osama is this, that or the other thing.  ePrime forces you describe behavior, something along the lines of “Osama behaved badly.”   This sentence doesn’t sound peculiar, but using adverts (bad + ly) in this way can get pretty tortured and begin to sound strange which may explain why it is not used more commonly.

Why is this important?

Because it forces us to get specific and  ask “What behavior do you refer to?”  And, of course, we are referring to Osama’s orchestration of the  “911” attacks and other acts of terror and violence.  Doing so makes it clear  that no matter how despicable some of Osama’s behavior may have been, it would be impossible for 100% of his behavior to be despicable, and in all likelihood he behaved well much of the time, and probably did a lot of good things as well.  This can be a bitter pill to swallow when we are feeling the grief for tragic loss and  have already decided in our own mind  that someone  is a “monster” or some other “rating” or global identity.  It is often pointed out in these discussions that Hitler loved animals and children.

Disclaimer: I and no one else arguing for this position is trying to defend the behavior of people such as Osama Bin Laden and Adolf Hitler, nor do I feel they should be granted any sympathy or special dispensations. We are just saying that even people who have committed the most despicable deeds are composed of exactly the same atoms as you or I or Jesus Christ.  We are all composed of the exact same proverbial “98 Cents of Chemicals” as one another, and there simply is no such thing as good or bad carbon, or hydrogen or calcium or the other elements that make up the human body.  Carl Sagan certainly put it more elegantly than I in saying both poetically and scientifically that we are all made of “star stuff.”

Rating behavior rather than self is a much healthier way of thinking and communicating. It forces us to be specific, and being specific forces us to be more open and honest, and to take responsibility for our feelings and opinions. For example, if we say “Joe is an asshole!” That doesn’t tell us much. All we can really know for certain is that the word “asshole” is used as a kind of empty  vessel or a medium or conveyance to express contempt or aggression or fear or disgust. Rather than a form of language, it  is best to think of this type of word as a snarling or growling sound such as animals make when they are angry and expressing fear, disgust or aggression.

It is vital to learn to identify when someone is expressing an actual idea or concept as opposed to when they are merely using empty language as a means to express contempt. This will avoid the problem of falling down the rabbit hole and attempting argue reasonably and factually without someone when they are merely expressing unreasoned anger, fear, hostility, and often seem perfectly happy to leave the so called “conversation” at that level. 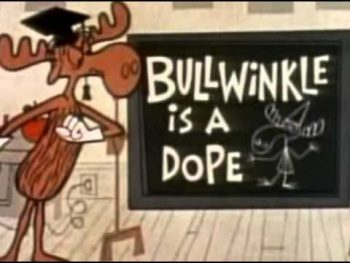 If we use ePrime, we have to say, “Joe behaved as an asshole!”  Which then forces more specificity “When?  Where?  How?  What do you mean?”   If we are prepared to be honest, specificity always “smokes us out,” forces us to admit that, perhaps, we are angry with Joe because he turned down our request to borrow $1,000. Now, we are cooking with gas!  Now there is some real, meaningful, honest communication possible, at least potentially.  Why did Joe turn you down?  Was he being stingy?  Does he have his own financial problems? Does he have principles regarding lending and borrowing money from friends? Does he have “issues” with you?  Does he believe you are not responsible, not a good risk?  Who knows?  But now at least there is the possibility of finding out and establishing a more meaningful connection. . . all because we avoided “rating” and name calling and got more specific. So, this is far more than “just semantics,” it is a lever which has the potential to open greater intimacy and more authentic communication between people, between you and I, between you and your loved ones, between you and your employer and coworkers.

Irrespective of ePrime, the easiest way of avoiding rating is to come up with a concept of self that is difficult or (even better) impossible to rate.  As there is not a universal definition of self that all people can or do agree upon, and as humanity has been debating this issue for millennium, and as there is unlikely to be any such universal definition anytime soon, we all get to choose whatever concept of self we want, within obvious reasonable, sane and rational limits. Probably best to keep it a little bit sane and rational; we wouldn’t want to choose Napoleon, for example, as our concept of self!  Having said that, here are some possibilities of a self-concept that is resistant to rating, in no particular order or weight 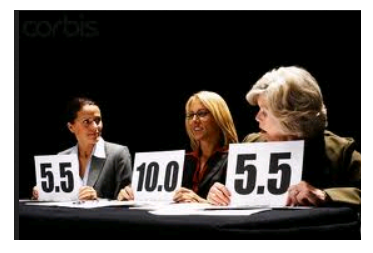 We are welcome to rate behavior all we want, especially if we are specific, sane, rational and compassionate in the way we do so . . .  But never, never, never attempt to rate self.

The REBT position (hardly limited to REBT) is that Osama may have done despicable things, but that does not make him a despicable person.  This usually pisses people off no end, but stew on it for awhile and then let us know what you think.

Rex welcomes your questions about REBT-CBT and related matters.See info and instructions for submitting questions in the form below.

Tags: self, self-esteem, unconditional self acceptance

Ktokolweik, Thanks for your kind words and for sharing. Glad to see you haning out on the website.

Great article! Sharing with my contacts. Thank you!