Is a “Happy-go-lucky” attitude an answer to anxiety?

No. A “Who cares?” attitude is not an answer. This is one of the major misconceptions and stumbling blocks in using REBT-CBT effectively. Many people erroneously assume or insist that the goal of REBT should be to never have negative emotions and never react badly to life events. Not only is this erroneous, it is antithetical to the goal of REBT. Life can be very challenging and we all meet many hardships, big and small on a daily basis. It would be bizarre indeed to travel through life and be completely unaffected by the things that happen to us, and the things that happen around us, and the things that are happening in the larger world. Mr. Spock was a great character in “Star Trek,” but he was a fictional character, and is definitely not a good role model for healthy thinking, emoting and behaving, even though his detachment is occasionally useful and appropriate. It is only natural to be frustrated, disappointed, sad when we do not get what we want. Being concerned for the future success of a son or daughter is hardly a small or unimportant issue. 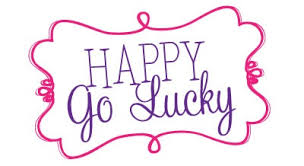 Having a “Happy go lucky” attitude would not be helpful, especially in the context of middle class success-driven Indian culture. On the other hand, being “concerned” is NOT the same thing as being anxious, and it is certainly not the same as panic. Being annoyed and irritated is not the same thing as being enraged, bitter, resentful or sour. Being sad is not the same thing as being depressed or distraught. One of the important goals of REBT is to help people distinguish the difference between healthy and unhealthy emoting. I have a small handle on this now, but when I first started, I was clueless about the difference between healthy and unhealthy emoting and it created tremendous confusion and difficulty managing my life.
One of the first and most important steps in dealing with anxiety (generalized or other types) is to learn to allow ourselves to EXPERIENCE it, even embrace it. And I mean experience it physically, not just intellectually; to understand in an essential way that while anxiety is a bitch (I wouldn’t wish a five-alarm panic attack on my worst enemy!) it is not lethal, it is not damaging in an immediate sense. Anxiety is uncomfortable, but it is not the end of the world. Most important, it PASSES if you allow yourself to experience it rather than struggling to fix it or control it or stop it. That sort of struggling is like struggling in quick sand, it just sucks you in deeper. However, if you let yourself have it and not react to it or struggle with it, it will pass. This called a “paradoxical cure.”

You come from a culture that invented mindfulness meditation and mindful living (Vipassana), and I would encourage you to avail yourself of this rich tradition as a long-term solution to managing GAD. This ancient tradition is exactly the direction REBT-CBT has been taking, more or less quietly, for the past twenty years. It was beginning with people such as Gary Emery when I first began to study and practice REBT 25 years ago.

“Worry” is anxiety about something that hasn’t happened yet, may or may not happen, may or may not even be a realistic prediction of the future. On a scale of 1-10 (1 = not at all . . . 10 = every much) how much would you estimate that your worry has helped you help your son? It is no secret that worry is not a very constructive problem solving tool. In fact, it is usually quite counter-productive, makes people feel miserable and drives the people we worry about crazy. More important, that sort of fretfulness, saps our energy and makes it difficult to deal rationally with difficult situations.

I don’t know anything about you or your son or your circumstances, but let’s face it, most people don’t achieve marvelous success in life. Those who do are talented, motivated, work hard and have a good support network. You may need some professional help regarding the situation with your son. However, before such help will really be helpful, you need to ask yourself questions such as : Would it be the end of the world if my kid turned out to be just “average” and not some kind of “Indian Success Story?” Of course it would be unfortunate and disappointing, but would it be the end of the world? Could you survive it? Could your son survive it?

Yes, please work on your musts, what I call our “Darling Musts” because even when we recognize that they are unhelpful, we are often reluctant to relinquish the and replace them with healthier and more effective types of motivation.

And in terms of dealing with your son, begin right now, immediately to practice the “Serenity Prayer” Perhaps many times a day, as often as you notice that you are becoming anxious. I have edited it just a tad to make it more secular and empowering as follows:

Also, one final thought. As you were able to effectively manage your GAD in the past, try to get in touch with all the things that worked for you at that time, and do the same things again. If you were successful at one time, that is a good indication that you can succeed again, and that it will probably be easier than the first time.

Good luck. Let us know how you are doing, and get back with any questions.

BTW, Vinayak, I got the feeling that you were feeling pretty stuck with regard to disputing uprooting and replacing your irrational thinking around your son’s school career and your GAD. Everything I suggested is great background and preparation for doing the “hard ball” disputing that Dr. Gunars has suggested. It is a sound program. Please do it. And if you bring mindfulness to your disputing, you enhance the process significantly.

And I have to apologize. When I suggested Vipassana mindfulness meditation, I was assuming your traditional background is Buddhist or Hindu. However, if you are Muslim, Vipassana may be off putting. However, never fear! As I mentioned REBT-CBT has been quietly moving toward mindfulness the past twenty years and there are excellent, modern approaches to mindfulness that are entirely secular. Vipassana is pretty secular as well, but does come from Buddhism. I have surveyed and used several of the books and out there, and one of the very best in my opinion is

Mindfulness: An Eight-Week Plan for Finding Peace in a Frantic World The hard copy books comes with a CD of recorded guided meditations, and you may also download these as MP3 files if you get the Kindle digital edition.