Posted by Rex Alexander on Tue 20 Sep 22 in Aaron Beck, Acceptance, Albert Ellis, Anger, Cognitve (Behavior) Therapy, Emotions, Mindfulness, REBT & Other therapies compared, Religion, Secondary Disturbance, Values, What is REBT - CBT? | ∞
5
(2)
Hi REBTmates!
Here is a wide-ranging discussion spanning 2,500 years from Vipasana to Zen to Mindfulness to CBT-REBT to Acceptance to Tourette’s (and maybe a few comments about the kitchen sink as well). It was inspired by Jimmy W. a valued, long-time, regular contributor at the REBT-CBT Forum Yahoogroup, one of the oldest permanent discussions of REBT-CBT on the internet.
This discussion covers too much ground to describe what it is about in simple categories. However, it stems from an discussion about the difference between healthy and unhealthy emotion according to REBT 101, and also from Jimmy’s struggle with Tourette’s .
Have a looksee and let us know what you think Please.
***
While I hate to nitpick (Who, moi?) I see important semantic and practical differences between “proper” emoting and what I said, straight out of Ellis, et al, “healthy” emoting. To me, “proper” sounds too moralistic, too inflexible, too “musty.” When I get angry, part of my therapy is understanding that such a reaction is not useful, not healthy, hardly ever serves to get me what I want. If I choose to express this anger to (at) someone else, there is the possibility they will get pissed off and decide to retaliate, thus making it even less likely that I get what I want. Of course, that is only one possible scenario, but is the outcome often enough to garner a healthy skepticism of all the “express yourself” therapies and approaches. On the other hand, REBT along with virtually all other psychotherapies and approaches encourages us to accept our emotions, and to avoid the “I shouldn’t feel angry” trap. Accepts is the first and mandatory step in dealing with our emotions in a rational and healthy way, and the first step on the way to morphing unhealthy anger into healthy (unavoidable) annoyance, et al.
The “I accept the fact . . .” statement is direct from Gary Emery (“Rapid Relief from Emotional Distress”). The book suffers from an unfortunate title as do so many in this field, but is solid. Emery was with Beck and the team who developed CT at University of Pennsylvania Med School in the 1980’s. He wrote a couple of unimaginative books on CBT which got little attention and remain practically unknown. But he didn’t let moss grow under his feet, and along with a guy name Campbell, developed his Acceptance approach. Unfortunately, the concept needed more development, and he and Campbell seem to have disappeared off the grid, at least in terms of books for lay people. It is a hell of a book and historically important as one of the pioneering turns of CBT toward Mindfulness. The material is handled better, I think, by Russ Harris (“Happiness Trap”) and others, and especially by the big paradigm shift represented by John Kabat Zinn who developed MBSR (Mindfulness-based Stress Reduction) at the University of Massachusetts in 1979. It took him 10 years to break through, but is now regarded as the father of modern mindfulness training. Of course this secular approach is based upon Zen meditation (650 AD) and Vipassana from the time of the Buddha, 2,5000 years ago (500 BC)
So, Ellis had been doing some version of CBT two decades prior, but Zinn and Beck were working on their approaches at the same time from the 1980’s. When I first began studying CBT/REBT in 1989, it seems that various approaches to Mindfulness were already well underway, along with the larger movement of new behavior therapies some refer to as the “Third Wave” of behaviorism.
If one has difficulty with acceptance, one rather amazing “add on” to the acceptance affirmation”
“I accept the fact that I am feeling disappointed . . . “
would be “I accept the fact that I am having difficulty accepting the fact that I feel disappointed . . .”

I know that the Tourette’s Foundation did a pilot study of Tourette’s and mindfulness
in 2011. I don’t know the outcome, but I cannot help but imagine that they found at least some positive results, possibly more than “some.” I don’t know anything to speak of about Tourette’s, but I suspect that if I had it, I would be investing an inordinate amount of emotional energy trying to suppress, avoid, control or otherwise “fix” the “tics.” If that is the case, I suspect that Mindfulness 101 (as opposed to other types of meditation) could be very useful because the goal of mindfulness, or one of the goals, at least as I understand it, is to allow things to be just as they are, not trying to achieve any kind of special state, simply being aware of things (particularly things happening in the body) without judgment. So, I am guessing that if you feel that your “tics” are, as you said, “interrupting” your meditation, you may have misunderstood the objective. The strategy would be to have your tic, acknowledge it without feeling that something has gone wrong with your meditation, without judging yourself in any way, and then gently (oh, so gently) returning to focusing on your breathing (or your body scan, or whatever flavor of meditation you were doing). 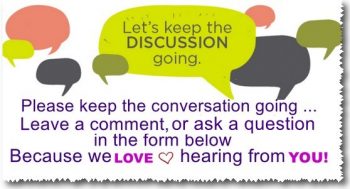